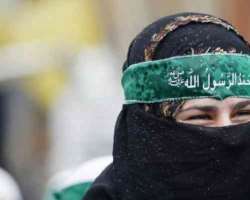 A different world
By Maureen Dowd
March 17, 2010 06:58AM
Will the morality police stop hounding her anytime soon? Photo: REUTERS

In other capitals of the world, it would not have been an extraordinary scene -

An opening at a new art gallery with men and women mingling and enjoying themselves.

But in this case, part of the frisson was nerves. Would the marauding religious police see unmarried – and some uncovered – women talking freely with men in the merry crowd of 600, and stage a raid?

It was an unlikely moment, SoHo comes to Saudi Arabia – the first mixed exhibition anyone can remember in Riyadh, the stultifying capital of a country that bans any exhibition of skin, fun or romance.

But the most astonishing part was that the Islamic purity enforcers failed to show up at Art Pure.

'I was worried, but the religious police just sort of disappeared,' recalled Mounira Ajlani, the mother of Noura Bouzo, a 27-year-old artist featured at the exhibition who painted the saucy 'Saudi Bling.'

'It was very relaxed, very normal. Everyone was saying, 'Are we in Saudi Arabia?''

Double bind
Sarah, a young Saudi professional who was at the gallery that night, agreed: 'It was remarkable. You saw women covered from head to toe.

You saw women uncovered. You saw men of all different classes come, and they were extremely comfortable, and everyone looked at the art and left.'

Progress is measured by a sundial in this stunted desert kingdom. Sarah dryly refers to it as 'Saudi time.' As women nudge their way into the work force, they are still hampered by archaic tribal rules and patriarchal religious ones.

An American Muslim working here says there are hard adjustments, like hearing men use the occasional epithet 'Dog' to address her, and not being able to leave the airport coming home from a business trip because she has no husband or male relative to pick her up.

She had to secure a letter from her employer stating that she could leave the airport on her own. When she wanted to buy a car, she had to use the subterfuge of having a male friend buy it for her, and even then, she can't drive it except in one of the exclusive compounds with looser rules.

A recent article in The Arab News headlined 'Working Mothers in a Double Bind' showed the growing pains of Saudi suffragettes. It told of a woman who secretly hired a cook to deliver meals and assuage her husband's demand for home-cooked dinners. When her husband caught her, he divorced her – and Saudi divorces are easy as long as you're male.

'He forgot his promises and left me just because of food,' said the woman, Huda.

Saudi Arabia is in the throes of differentiating between cultural customs for women – like wearing the abaya, not driving, and not mixing with men – and actual dictates of the Quran. Many Saudis stressed that their mothers didn't wear head scarves.

'Personally, I push the envelope,' Sarah said. 'I don't cover my hair.' If she is approached by the mutawa – the religious police – she's willing to back chat.

'So, if a guy is yelling at me, telling me to cover my hair, there's something we say in Arabic that means, 'You really shouldn't be looking in the first place,'' she said. 'And actually, Islam argues that men should keep their gaze down. So you can argue back to the mutawa, if you know how to do it properly.'

Sarah and others I talked to in the privileged, educated set preferred not to use their full names. Free speech can be costly. 'You can't push the envelope too much or you start alienating a part of our society,' Sarah concedes, 'because a part of our society is very conservative, and you have to respect that.'

Changing times?
It is feminism played in adagio. Young women talk about wanting abayas in pastels or made of yoga materials, being able to go out with a group of male and female friends to chic restaurants, and being able to score visas for visiting pals.

'We're allowed to invite friends now, which is a big thing,' Sarah said. 'We're at the stage where you still have to pull some strings, but in four or five years …' Her friend Reema said that Americans are sometimes shocked to see Saudi women and realise 'we're not cowering, we're actually quite professional. Are there issues here? Absolutely. There isn't a place in the world that doesn't have issues.

'I'd like to live in a Saudi where the woman that chooses to cover from top-to-bottom is equally as respected as the woman who chooses not to cover her face, and people from the West can accept that it is a lifestyle choice, inasmuch as wearing a miniskirt or a long, flowing dress is a choice. I find a lot of people minimize the women's cause in Saudi by how we dress, and that is actually offensive.'