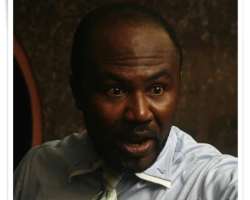 Reports now making the rounds have it that ex-convict, Uche Odopota, who was sentenced to jail for trafficking illegal drugs in 2007, is now a driver to one of the politicians in Rivers State.

The actor, who was once a prominent face in most movies released in Nigeria before his drug ordeal, has since gone underground after he served his eight months sentence in 2008.

Several reports online claimed that Uche has been spotted driving a chieftain of the All Progressives Congress (APC) in Rivers State. He has also been reportedly blessed with a boutique in Port Harcourt, the capital of Rivers State.

As press time, Nollywoodgists.com could not reach the actor to confirm this report.