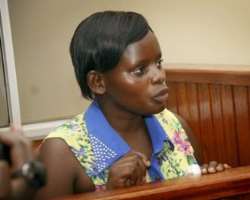 In an interview with the Assistant General Manager of Slick Empire, owners of Slick TV, Stephen Thimoty Nana aka MR STEVENATOR, he sheds more light into his growing up and career struggles.

Who is Stephen Nana?

I am Stephen Timothy Nana. from a family of 7 and d last boy. Hail from Delta state but have some Ghana roots. Primary and secondary school education in Port- harcourt River state .
Tertiary education partly in Port-harcourt and Lagos.

It was pretty fun. I was a proper barrack boy. I had the stroking of life from my mother when I do wrong and get hailed by your friends when she is done. I had plenty of time to experiment some things we saw in movies and spend plenty of time in church even though our minds were not there but in either a game house or movie house.

Did you complete your tertiary education?

Why did you decide to stop half way?

I dropped out when I got my dream job at a time and had plenty of stuffs to do. I have not really been the book worm type, but I still have plans to complete even though I just finished a professional course online.You know Nigerians with certificate. I didn't decide to stop, I had a handful to do and it was affecting my education. I know it might sound stupid but the reason we go to school is to understand the labour market and make money in long end but what happens when it comes to you sooner than you expect at a young age. It was a serious moment for me at that point of my life.

So are you saying that money is important than education?
Nope I'm just saying money is necessary, laughs!!!!

What course did you study online?
Presentation at South Seas film school in South Africa

When you left school, what were you doing?
I was working for Nigezie as a producer and later became a presenter. After a few years I went on to Wap TV, where I stayed for just a couple of months and then went ahead to join my friend to start 'Slicktv.'

Tell us, what is slickTV all about?
It's an entertainment house that does pretty everything, from documentaries to events to music countdowns to lifestyle, fashion pretty much everything.

How was starting up your own outfit?
Takes a deep breath, the thought of starting alone is scary. It's been real hustle but the fact that I have been in the industry for quite some time and I know a few cats, so it's been a smooth ride but expensive.
Looking at the entertainment industry, what are the challenges encountered during production?

Skills. A lot of people think they know how things should be done but they don't. Change they say it's the only constant thing and when you try to go it the old cats begin to think and say we have been doing this before you were born. People should learn new skills and accept change

Relative to what you are bringing to the table. If your jobs are smooth they want to shake hands with you but when tacky, you get tacky reactions.

So what is your rating of the entertainment industry?

Over 10 I would say an 8. It's grown to an extent where international collaborations and tours is not a big deal compared to other countries in Africa. The major issue that we have is structure and gradually it's falling in place

So what should your audience be expecting from Slick Tv especially this festive period?