NCC Refuses To Remit Revenue From Fines To Consumers;
By Emmanuel Onwubiko 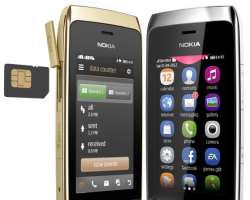 A pro-transparency Non-Governmental Organization-HUMAN RIGHTS WRITERS ASSOCIATION OF NIGERIA [HURIWA] has faulted the directive by the Nigerian Communications Commission [NCC] that fines of over N645 million slammed on some four defaulting telecom companies be paid into NCC's account.

In a letter sent by the organization to the hierarchy of the NCC in reaction to the public notice on the development, the Rights group reminded the telecom regulator that the right beneficiaries of any financial fines imposed and received from any defaulting telecommunications services' providers should be remitted to the accounts of the Nigerian customers who are the victims and not to the account of the regulatory which suffers no breach of contract since the binding contract is between the customers and service providers.

But The Nigerian Communications Commission [NCC] in a written response to HUMAN RIGHTS WRITERS ASSOCIATION OF NIGERIA [HURIWA] by Ms. Josephine Amuwa, the Director of Legal Services for the Vice Chairman refuted the submission of the Rights group and stated that by law the proceeds from the fines imposed on defaulting telecom service providers rather than be remitted to individual consumers/customers usually goes into the coffers of the Nigerian Government as revenue.

HURIWA made the observations in a letter titled; "FOI request concerning recent sanctions against telecom service providers and request for further and better clarification particularly on the rights of consumers" and served on the NCC'S board dated February 25th 2014 through the office of the executive vice chairman.

Excerpts from the letter sent to the Executive Vice Chairman of NCC by the Rights group and endorsed by the National Coordinator Comrade Emmanuel Onwubiko stated thus; "As a pressure group made up of talented Nigerians in the creative industry and also the media of mass communication, our members have always followed every public policy decisions made and disseminated to the public domain by your good offices".

"Sir, kindly note that under section 2(1) of the FOI Act of 2011, your good office is obliged to provide us with the necessary information that we are by this letter seeking.

The relevant provision of this law states thus; “(1) ... the right to any person to access or request information, whether or not contained in any written form, which is in the custody or possession of any public official, agency or institution howsoever described, is hereby established.”

HURIWA also prayed the NCC thus; " Sir, could you furnish us with the information on the fundamental reasons for the very recent administrative sanctions by way of fines that your good offices slammed on four major service operators in the telecom service sector of Nigeria."

" Sir, could you inform us the criterium for determining who benefits from the financial fines already collected last year and the set of fines that may accrue from the administrative action of your office against the four telecom service providers as reported in the media. Lastly, we are making these sets of requests in good faith because as citizens of Nigeria and good customers of those defaulting firms, we are convinced that the principle of restorative justice demands that every payments made by these firms for defaulting in their terms of contracts must be paid to each and every one of their registered customers who are the direct victims of the failure of these firms to provide standard and transparent services", HURIWA said.

"Sir, please direct that the fines to be paid by the defaulting telecom service providers be paid to the real victims who are the customers since it is not the duty of government to benefit financially from defaulting companies while the real customers are left to 'leak their wounds'."

Specifically, the NCC had sanctioned three of the four major service operators in the country-MTN Nigeria, Globalcom and Airtel-the sum of N647.5 million for breach of key performance indicators ( KPIs) and poor quality of service for the month of January 2014. Etisalat was however, given clean bill, saying that it met all the set KPLs".

But in a reply dated February 28th 2014 which was sent to HURIWA, NCC stated as follows; " The commission sanctioned operators for failure to meet the stipulated minimum key performance indicators on quality of service. The underlying reason for the sanction is to ensure and sustain consumer protection and satisfaction. We have a consumer affairs bureau, whose main function is consumer activities, including [but not limited to] consumer parliament, consumer outreach, town hall meetings etcetera."

NCC further told HURIWA thus; " The Commission is empowered to expend its generated revenue in line with the Nigerians Communications Act 2003...."

HURIWA says it is in consultation with a team of lawyers to determine the next logical line of action in order to ensure that the Federal Government do not benefit from the poor quality of services rendered by telecom providers to consumers as that would mean encouraging poor services to Nigerians since Government will always smile to the banks with revenue from such infractions.