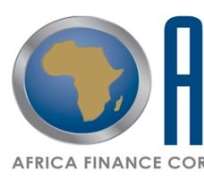 - Jim O'Neill, economist who coined the 'BRIC' and 'MINT' acronyms, declares the African infrastructure divide, 'both a defining challenge and a standout Investment opportunity of our generation' –

At the Africa Finance Corporation's inaugural Summit (http://www.africafc.org) held today in Lagos, Jim O'Neill, creator of the BRICs and MINT acronyms, economist and former Chairman of Goldman Sachs Asset Management, said:“Africa's future depends on the continent's policy makers doing the right thing. That is working to create better governance, reducing crime, fighting corruption and delivering improved infrastructure. Infrastructure development is both a defining challenge and a standout investment opportunity for Africa and investors around the world. For example, Nigeria is growing at 7% despite poor access to power; decent power could boost economic growth to 10%-12%. There is no reason why Nigeria should not become one of the G20.”

The Summit, which attracted more than 500 leading thinkers from government, academia, business and finance, fuelled energetic debate on both the opportunities and the challenges of the African infrastructure landscape.

Infrastructure in general has been estimated to have the potential to add an average of 2% to Africa's economic growth rate over the next decade as investment is brought to bear to bridge the current circa US$40 billion per annum investment deficit.

Andrew Alli, President and CEO of the Africa Finance Corporation, told the Summit: “The sheer number of people here today, passionately engaged in the debate on infrastructure and what it means for the future of this great continent, is inspiring. Our vision at the AFC is to bridge the infrastructure divide and seek a strong return for our shareholders at the same time. We believe our core role comes at the earliest stage of project conception and development. While international capital will be fundamental in bridging the investment divide, that capital will have nowhere to go if Africa does not focus on the development of bankable, sustainable projects. By focusing on supporting project development and using our local knowledge and sector expertise to identify and mitigate risk we come in to transactions at an earlier stage than many investors. Our role is to accelerate the number of viable, bankable projects across the continent, creating the market for other forms of capital that will follow, and ultimately bridging the investment divide that exists. We believe landmark transformational projects can yield financial dividends every bit as powerful as their social ones and our success to date demonstrates this.”

At a ceremony on stage, Cape Verde Minister of Finance Cristiana Duarte signed the instrument of accession for membership of the AFC. Cape Verde becomes the 9th country to join other member nations, including: Chad, The Gambia, Ghana, Guinea, Guinea-Bissau, Liberia, Nigeria and Sierra Leone. AFC is a pan-African investor and its investments are not limited to member states.

Her Excellency Cristiana Duarte, Minister of Finance of Cape Verde said; “I am very pleased today to be able to formalise Cape Verde's membership of the Africa Finance Corporation. Cape Verde and the AFC have enjoyed a very productive and collaborative relationship over the last few years. As the lead investor in Cabeolica, our award winning US$90 million 26MW commercial wind farm we have firsthand experience of the expertise the corporation can bring to innovative projects and we look forward to working to deliver more projects over the coming years.”

• AFC is an African-led multilateral development financial institution, established in 2007, with amission to improve African economies by proactively developing and financing infrastructure, industrial and financial assets.

• AFC is the Technical Adviser to the Central Bank of Nigeria (CBN) on the CBN's USD2.0 billion Power and Aviation Intervention Fund (PAIF).

• AFC is a partner with Vigeo Holdings Limited and Tata Power Delhi Distribution Limited for the acquisition of power distribution assets, and a lead financier in the acquisitions of the Kainji and Ughelli power generation plants in the current Nigerian Government power sector privatisation round.

• AFC is the lead investor in the Main One fibre optic cable project, enhancing West Africa's connection to Europe and the rest of the world through faster and more technologically advanced broadband capacity.

• AFC provided a USD50 million convertible debt investment in ARM Cement Limited (ARM), the second largest cement operator in Kenya to support expansion initiatives across Eastern and Southern Africa including; development and construction of a lime plant in Tanzania and expansion of ARM's cement capacity in Kenya. The transaction marked AFC's first bilateral investment in Kenya.

• AFC also invested in the Bakwena toll road project in South Africa, and in the EURO 270 million Konan Bedie Toll Bridge in Côte d'Ivoire; the signature Transport PPP project in Francophone Africa, underscoring its interest in investing in PPPs/PFIs in its focal sectors across the African continent.

• The AFC has established partnerships with national, regional and international organizations and with sponsors that are active in the infrastructure space in Africa.