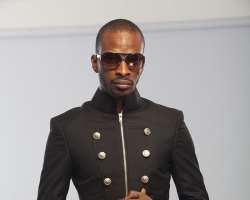 … Which artist is missing?

Nigeria Breweries' music hunt, Star Trek, 2014 edition is finally here.
As full list of Nigerian artistes, who will participate in this year's Music Trek , has finally been unveiled.
The line-up has been officially announced during the great party held at the Federal Palace Hotel Victoria Island Lagos on March 19.