Kwam1 Is The Father Of My Baby – Bisola Badmus 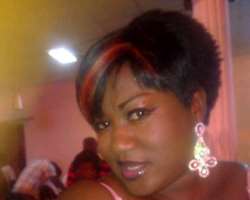 Nollywood actress (of Yoruba genre), Bisola Badmus, has made it clear that Fuji icon, King Wasiu Ayinde Marshal 1, popularly known as 'KWAM1', is the father of her two-year-old son.

In an interview with Enconium, she did not mince words in ascribing the paternity of the child to KWAM1, and, also confessing her love for him.

“Yes, he is the father of my son. That's not a lie. My son is not a bastard. We never had any misunderstanding. He still
pays his bill as a father. And my son will be happy knowing that K1 is his father. He has been so caring to us. I can't fight the father of my baby. K1 has been a very good father and I love him for that. ” she said.

When Bisola was asked about the 'controversial' child's full name, she responded thus:

“He is Abdulmalik Ayinde Marshal. I have never regretted having a baby for K1. He has been a wonderful father to
my son. He is taking good care of him.

KWAM1 had reportedly denied being the father of the child when the saga began few years ago.