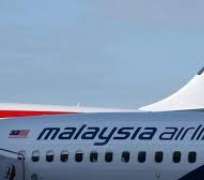 
A senior Malaysian official said on Monday that the disappearance of a Malaysian jetliner was an “unprecedented aviation mystery”.

The head of Malaysia’s Civil Aviation Authority, Azharuddin Abdul Rahman, said a hijacking attempt could not be ruled out as investigators explore all theories for the loss of Malaysia Airlines flight MH370 en route to Beijing with 239 people aboard.

“Unfortunately we have not found anything that appears to be objects from the aircraft, let alone the aircraft,” he told a news conference.

As dozens of ships and aircraft from seven countries scoured the seas around Malaysia and south of Vietnam, questions mounted over possible security lapses and whether a bomb or hijacking attempt could have brought down the Boeing 777-200ER airliner.

The passenger manifest issued by the airline included the names of two Europeans – Austrian Christian Kozel and Italian Luigi Maraldi – who were not on the plane.

An Interpol spokeswoman said a check of all documents used to board the plane had revealed more “suspect passports”, which were being investigated.

“Whilst it is too soon to speculate about any connection between these stolen passports and the missing plane, it is clearly of great concern that any passenger was able to board an international flight using a stolen passport listed in Interpol’s databases,” Interpol Secretary General Ronald Noble said.

Hopes for a breakthrough rose briefly when Vietnam scrambled helicopters to investigate a floating yellow object it was thought could have been a life raft.

But the country’s Civil Aviation Authority said on its website that the object turned out to be a “moss-covered cap of a cable reel”.

Flight MH370 disappeared from radar screens in the early hours of Saturday, about an hour into its flight from Kuala Lumpur, after climbing to a cruising altitude of 35,000ft.

A US Navy P-3 aircraft capable of covering 1,500 sq miles every hour was sweeping the northern part of the Strait of Malacca, on the other side of the Malaysian peninsula from where the last contact with MH370 was made.

“Our aircraft are able to clearly detect small debris in the water, but so far it has all been trash or wood,” said US 7th Fleet spokesman Commander William Marks in an emailed statement.

No distress signal was sent from the lost plane, which experts said suggested a sudden catastrophic failure or explosion, but Malaysia’s air force chief said radar tracking showed it may have turned back from its scheduled route before it disappeared.