Getting 'ghost workers' off the public payroll- The Sun 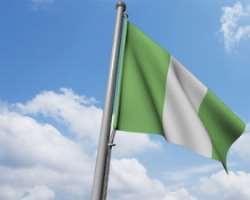 
Recent statistics released by the Federal Ministry of Finance detailing the scope of the problem of inexistent workers popularly known as 'ghost workers' who collect salaries on the payroll of key Federal Government Ministries, Departments and Agencies (MDAs) are very disturbing. The figures paint a graphic picture of the endemic nature of the scourge. The problem, from all indications, has all the trappings of organised crime, with insiders in government agencies as arrow-heads.

A breakdown of the figures from the Coordinating Minister for the Economy and Minister of Finance, Dr. Ngozi Okonjo-Iweala, shows that the Budget Office of the Federation tops the list of government agencies harbouring 'ghost workers', with 77.33 percent of the total staff on its payroll non-existent and unaccounted for. The Budget Office is closely followed by the National Planning Commission, with 74.90 percent, while the Office of the Secretary to the Government of the Federation has 74.68 percent. Other ministries and agencies with a high percentage of ghost workers are Public Service Institute, 66.67 percent; Ministry of Niger Delta, 64.87; Federal Ministry of Information, 57.15 and Ministry of Works, 51.67.

All considered, it means that the number of genuine workers in each of these governmental organisations is lower than 50 percent of those on the payroll. If this high 'ghost worker' profile in these government institutions is representative of the situation in all our MDAs, it means the country may be expending twice the amount that it should on salaries of federal public sector workers. This grim scenario probably explains why federal government recurrent expenditure pattern in recent years has continued to record astronomical increase over capital expenditure, a negative budget indicator that does not stimulate economic growth. For example, out of a budget outlay of N4.6 trillion for 2014, Recurrent Expenditure is allocated N3.5 trillion, representing 72 percent, while Capital Expenditure takes only N1.1 trillion, or 27 percent.

It is also worrisome that not all the MDAs have been fully audited and automated into the Integrated Payroll and Personnel Information System (IPPIS), which exposed the extent of the ghost worker problem in the institutions that have come on the system. The number of ghost workers in the remaining institutions that are yet to be brought onto the IPPIS may even be higher than the number already discovered.

It is, indeed, an embarrassment and a matter that calls for grave concern that ghost workers have infiltrated the payroll of key and sensitive government offices such as the Budget Office and the office of the Secretary to the Government of the Federation.

Government should do more than it has done already to rein in the perpetrators of this crime. Until the people behind this criminal activity are apprehended and given condign punishment, possibly with long jail terms, the problem of ghost workers will remain intractable in the country.

We recall that the Finance Minister had, last year, disclosed that government   saved N118 billion from the discovery of 46,821 ghost workers on the payroll of 215 MDAs, following the introduction of the biometric IPPIS. The device is designed primarily to enhance efficient cost planning and budgeting through the determination of actual number of staff, and not mere estimates. As at the end of 2013, a total of 153,019 staff of 215 MDAs had been captured on the IPPIS platform, while work is still in progress to bring in the other 321 MDAs. This means that less than half of the MDAs have been captured.

Even in the MDAs that are fully integrated into the IPPIS, insider dealings have reportedly made the system not to work perfectly, thereby making accountability and transparency in payroll administration hard to achieve.

Considering the prevalence of ghost workers in the nation's public service, the federal government should demonstrate strong political will and commitment to implementing the IPPIS in all ministries and agencies, as well as tighten all the loose ends that still make payroll fraud possible.

Beyond that, government should get at the root of the ghost worker syndrome. We believe it is a vice fuelled by corruption. Therefore, dealing with it will require a relentless war against the perpetrators of the crime. They ought to be arrested, diligently prosecuted and punished in line with the laws of the land.

It is, however, commendable that the Federal Government is adding other platforms to the IPPIS. These are the Integrated Financial Management (IFMIS) and the Treasury Single Account (TSA), a unified structure of government's bank accounts that gives a consolidated insight into the cash position of all MDAs.

All the same, we urge the government to continue to keep a close eye on the financial operations of the MDAs. The revelation by the authorities last year that over N55 billion was hidden in some MDAs' accounts shows the level of unwholesome practices that goes on in many government institutions.  The battle against ghost workers in the public service is one from which government cannot afford to relent. The campaign against the menace must be sustained until all fake names are deleted from the payrolls of all Ministries, Departments and Agencies of all levels of government in the country.