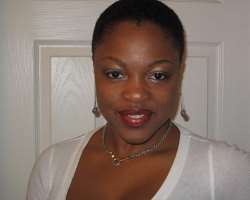 For some people who have tasted marriage and it crashed like badly arranged cards, marriage is not worth going into, because of the bad experience they encountered. Though, some people do it for different reasons; some for genuine reason, some for material things and wealth. For those with the intention of wealth, when it fades away, the love or the marriage also fades with it and divorce comes up.

But for those with the genuine reasons, they stick to their marriages, irrespective of the challenges, hardship, sickness and what have you.

Our checks revealed that between three and four marriages crash in entertainment industry every year out of about four to five marriages contracted.

But for this robust, cool and soft spoken talented filmmaker, Peju Asaye who shot into the limelight over five years ago, is ready to face all the challenges associated with marriage and makes it work for her. It baffles her when she sees marriage crashes especially in Nollywood and wonders what kind of message this will send to their fans and admirers in the society.

Asaye who just returned from the UK to see her spouse in a phone conversation with us said: “I just returned from the UK. I've not been around for a while because I went to see my fiance and do some movie jobs. I think, it's time for me to settle down and I'm due for marriage. I can categorically tell you now that marriage is my priority for now and by God's grace, I will engage this year.”

The man in her life now after she dumped her controversial movie marketer's alleged lover, Corporate Picture boss, Alhaji Rasak Abdullahi is a UK based businessman.