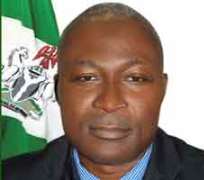 
The Federal Government will generate more than five billion dollars from the sale of 10 National Integrated Power Plants (NIPP), an official said.

Mr Benjamin Dikki, the Director-General, Bureau of Public Enterprise (BPE), made the disclosure at a news conference on Friday in Abuja after the bidding process by a consortium of investors.

He said that the National Council on Privatisation (NCP) and the Board of Niger Delta Power Holding Company (NDPHC) would soon meet to approve the bid process before the payment.

He added that '25 per cent of the total cost of a plant must be paid within 10 days and the balance paid in six months; of course that will be after the approval of the NCP and the NDPHC board.'

Earlier, Mr Atedo Peterside, the Chairman of the NCP, who supervised the bidding, assured investors of transparency.

Peterside announced the preferred bidder and reserved bidder for each of the 10 power plants according to the highest bids submitted by the investors.

He said the process was done in line with international best practice.

Peterside said ALTEO Consortium was the only company that bid for Alaoji Gence with 902 million dollars to emerge the winner.

He noted that only 80 per cent of shares in each of the power generating companies was up for sale.

The NCP chairman added that government would retain 20 per cent of its share holdings in these companies.

'ALTEO Consortium emerged as the preferred bidder for Egbema Genco in Imo State with a 392-million-dollar bid and Dozzy Integrated Power Ltd as reserved bidder with 415 million dollars bid.''

Peterside said that for Gbarain Genco (Bayelsa), there were six bidders with KDI Energy Resources and Azikel Power Ltd emerging as Preferred and Reserved bidders respectively.

'Olorunsogo (Ogun) Genco initially had five bidders but ALTEO Consortium pulled out and would therefore pay a fine of four million dollars as penalty.

The NCP boss said Omotosho Genco in Ondo State had the highest number of nine bidders, with Omotosho Electric Power emerging as preferred bidder with a 659-million-dollar bid and ENL Consortium as reserved bidder with 645 million dollars bid.

Earlier, the Chairman of the Joint Technical Transaction Committee, Mr Gabriel Suswam, had expressed delight at the successful conduct of the bid.

He said 'all the plants are in good condition, the investors who bid for the plants have done their own due diligence and inspection of the plants before submitting their bids.''

Mr James Olotu, the Managing Director, NDPHC, said that with the privitisation of the GENCOS, the power situation in the country would improve significantly.

The News Agency of Nigeria (NAN) reports that 66 companies initially applied to bid for the 80 per cent equity in the 10 power plants, however only 42 companies were approved to take part in the exercise.