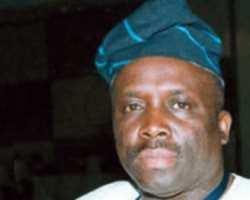 
The National Examinations Council (NECO) on Thursday stated that pupils of the five closed Unity Colleges in the North-East would be allowed to sit in NECO - conducted examinations.

The closure and subsequent relocation of the students followed last week's attack by suspected gunmen on the Federal Government College, Buni Yadi.

The NECO Registrar, Prof. Promise Okpala, said in Lagos 'that the affected students have nothing to fear concerning arrangements for their examinations'.

He said, 'Each candidate that has been duly registered has an identity with specific codes before the relocation.

'Therefore, I want to assure them that they will take the examination without any hitch wherever they have been relocated to.

'The same applies to sorting out their results at the end of the entire examination. We as stakeholders and examiners are following trends and adjusting accordingly.

'The education and future of the Nigerian child is our major concern. We will therefore put everything in place to ensure that it is not jeopardised,' Okpala said.

The registrar said relocating the students to other schools was a welcome development.

He said the action of the Federal Government was a manifestation of its determination to protect the lives of pupils wherever they might be.