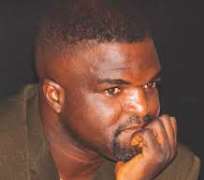 At the early hour of today, Ash-Wednesday; 5th of March 2014, the alleged rape reports of popular Fuji musician, Alh. Abass Akande Obesere spread through the micro-blogging site like a fire-fox; the singer was alleged of forcing a 29 years Olanike Olaiya on sexual intercourse which led to him into custody of the Nigeria Police Force last week Wednesday 26th of February 2014 as it was reported by Nigerian Vanguard.

In the report published by Nigerian Vanguard details that 'Ms Olanike Olaiya; graduate of business administration at the Federal Polytechnic of Ibadan, claimed to know the singer through a friend, Mrs Bola Okoro, who told her that the singer would help her in business and would also introduce her to his friend in aboard to do business with her.

Ms Olanike; who deal into office equipment contacted the singer and meet him in his family house at Okota, where she was introduced her business to him and the singer, Obesere promised to connect her some of his friends in Dubai who would sell goods to me on credit.
She also details that after the discussion, the singer demand sex from her which she refused, while after that he also propose to her to sleep over the night at his place for her safety because of the area is dangerous at night.

She said that Obesere came into her room at the middle of the night and force her to sex and after that he inserted a ring in her private and another one on her finger after that she started bleeding heavily from inside.

She reported the case to the nearest police station when she couldn't bear the trauma and bleeding continues and to be assured if its ritual, she disclosed to the news company.

Following different comments on the reports, NigeriaFilms.com made effort to call the singer and his close pal to get their side of the story.

First person to call was Mr. Adeola Adeoti; a selfclaimed Obesere PR manager, who said 'Alh as Obesere fondly called among his musical band, has already report the allegedly rape case to the police command at Panti, Yaba-Lagos, so legal action has been taking to investigates the rape case' he stated.

Effort to reach the singer in himself was abortive as his mobile was not reachable.

We called one of his close pal; a female who Was also a her media practitioner, beg not to publish nor release her name to general public said 'at the moment I'm with Alh 'Obesere', but he claimed to be dating Olanike as a girl lover and not a business partner, though he promise to helped her with some business associate contact which he had did over then and the issue of sleeping over in his house isn't the first time and the issue of inserting ring in her private part is just a big lies, the Lady is trying to blackmailing Alh and finding ways to extort money from him.'

She further stressed that we are preparing to address the general public on the issue with media conference which is going to hold this weekend.

Right now Alh has been so depressed and confuse because its not about been rape but being a ritualist which is a big lies.
She also confirmed that the case had been reported again to the State Criminal Investigation Department, SCID, Panti, Yaba, Lagos State the singer for further investigation.