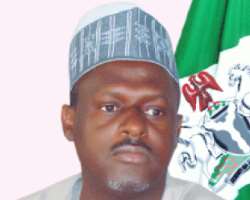 
The National Automotive Council (NAC) said more than 10 automobile companies have indicated interest to set up vehicle assembly plants in Nigeria since the introduction of the new auto policy.

The Director-General of NAC, Mr Aminu Jalal, made this known in an interview on Tuesday in Abuja.

Jalal also said that some reputable auto giants such as Peugeot and Dana Corporation, which had relocated their plants from the country due to the failure of previous policies, were back.

According to him, the new policy which is aimed at promoting investments in affordable made-in-Nigeria cars to reduce the huge imports in the country has continued to attract the interest of global auto giants.

To this end, Jalal said the President of Germany, Mr Joachim Gauck, would visit the country in March to explore opportunities provided by the new auto policy to set up a vehicle assembly plant.

“Because of this policy, reputable automobile manufacturing giants that left the country as a result of unfavourable investment climate and policy are coming back.

“In all, we have over 10 companies that have approached us to do assembly operations, while the existing assembly plants that weren't doing well are gearing up.

“In fact, sometime around March 20, the president of Germany is coming to Nigeria to explore the possibilities of setting up vehicle assembly plants,'' Jalal said.

He noted that the new policy would afford Nigeria the opportunity to be a vehicle manufacturing hub in West and Central Africa, and urged all stakeholders to key into it.

“Even right now, we are getting some models from South Africa. So, if we miss this opportunity to make Nigeria the hub in West Africa, the auto giants will move to somewhere else.

“Two years ago, General Motors came to see our minister and told him bluntly that if the country didn't have a good policy, they would move to Ghana but because of this policy they are coming back.''

According to him, the policy will definitely succeed, I think people should give us a little more time.

Jalal said, “by this time next year, I assure you it would be a different story because by then, these companies would have set up their plants and started producing.''