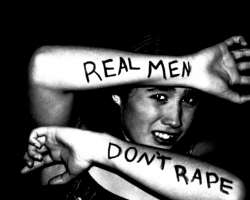 Other than Robbery, Corruption and security issues in Nigeria, I think the next matter of extreme and urgent concern, yet we are pretentious about, is excess libido in men causing RAPE of minors, adults and the aged which has become a very common place now. What is rape and why is the frequency if it's occurring is gradually becoming unchecked? Rape is forcing someone into sex; or the crime of forcing somebody to have sexual intercourse.

In only one week alone, the following made news headline in the social media: 'An Egor Magistrate's Court, Benin, Edo State, sentenced a 62-year old pastor, Alfred Idnogie to five years imprisonment for defiling a 10-year old girl…; ' father remanded in prison custody for allegedly defiling daughter – 'An Apapa Chief Magistrates' Court in Lagos on remanded a 49-year-old businessman, Wale Akinusi in prison custody for allegedly defiling his 17-year-old daughter'; 'A police officer in Nasarawa has been found guilty of raping a toddler and has been ordered to pay N10 million in compensation….' Pastors wife raped to death for refusing sex…' Rape! Rape!! Rape!!! Everywhere you turn to, you see Rape victims, read about them or listen to rape news not from far off, but around you! The worse cases of all are the child rape! What have become of the libido of these indescribable sex maniacs? In Katsina state, the Commissioner of Justice Ibrahim Dantsoho said recently “that over 80% of awaiting traial inmates being held in prison across the state are held for rape… and faulted parents in the state for abdicating their responsibilities” parents and guardians have left their children at the mercy of the evils of the societyhave What can we attribute to be the cause of this immoral malady facing the nation? Has the world gone nut? The challenge is before us now, what can we do? I am very angry and feel like shooting the fellows!

It has become increasingly difficult for one to fathom the reason this deadly act is on the increase in Nigeria. Yet this is one crime that the victim is never proud to mention because of its social consequences and for this same reason also, most the criminals have been escaping justice. What is more? From the above even some law enforcement agents are culprits too. So who is free? Chances are that the mentioned cases as we know them are but a tip of the iceberg! The menace is so frequent and effects so devastating that many both young and old have died needless death as a result, yet the nuisance act has not abated the clamour for stiffer punishment notwithstanding. What is more, my worry is heightened because the other day, a man knowing he has HIV/AIDS went on a spreading spree to innocent kids!!!

The other day, the graphic story of a very traumatised lady who has been so debased by her father is almost irredeemable. In her own words, she “… finds it difficult to explain to my three kids that I am of the same father with them…” what a mess!!! If we can socially explain the above situation away, what cam one make of the fact that a sixty (60) years or older man is forcing a toddler in to sex? Are they nut? What can one make of gang rape of innocent resulting in the death of the victims? What exactly are their crimes?

Many years ago, if a man living in some far country desired a wife, the norm then was to get the photograph of a beautiful girl sent to the would be suitor. This search usually takes the man's family members or their close friends, to the select but credible homes of would be suitor whose parents must be citizens of good character. He admires the photograph and gives the parents or friend the nod to search and get the girl. This was the case of most early marriages.

The girls, most time were found to be a virgin hence on her first night in bed with her husband, there is celebration as the couple return with blood stained towel as proof that the husband broke her virginity! Then comes jubilation among her family members and close friend for keeping faith. The man on the other hand proudly let it be known that no hand ever touched his bride. With cooperation therefore, the two builds a good family defiled of distractions. I guess such was the reason the late saga Chief Obafemi Awolowo called his wife “… my wife of inestimable value” This is rarely so now.

The Bible tells us that the anger of a husband knows no end on the face of the one who takes his wife to bed. What would be your reaction if you sight a grown-up man who rapes your daughter of less than 3years? Embrace him and thank him for a job well done? Thunder never begin fire themooo!!! (Pidgin English) What is the missing link here? Are there no single girls again or Brothels anymore? Even in Bible times there were Brothels everywhere and some of the ladies of easy virtues even played some very significant roles in what culminated to our becoming Christians today! Anywhere you go, in any village or even Hamlet talk less of the cities, brothels abound and the women of all sizes and shapes are there beaconing you to come and satisfy your sex drive for a fee.


Now we have the senior brother of rape as same sex marriage. And we have been inundated with numerous articles and public comments in support of the evil. This article is not about the new menace – Gay marriage, but one would quickly ask, why do Gay couple desire to adopt children when they hate procreation? I lead a crop of women in Nigeria whose membership are over twenty million (20,000,000), most of them are widows. I can say almost for certain that the pains and sufferings of widows notwithstanding, none of them will be ready to allow a gay couple adopt their kids. I have no problem with human right, human left or the legislation from the western world on this subject. The question they have not answered, remains why do they desire to adopt kids born by some others? Why do they desire children when by their own volition they have sworn not to have one? If they cannot remain bare according to the dictate of their appetite, they should remain eternally thrown to hell fire where they will gnash their teeth for ever.

Rape and its consequences are issues with us now and may all treat it as one of those issues which would soon vanish …because e nor concern me. Take note. It is instructive that when Boko Haram started, no one gave them any chance of surviving. But here we are today with endless sleeplessness over their activities in the North Eastern part of the country despite the declared state of emergency in the areas mostly hit. This also was our lot when militancy began – pretention, ignorance, diverting of funds meant to quell the situation became the order of the day.

Most rape victims are living dead! They are daily in pain and the trauma is indescribably devastating, yet they feel so ashamed to tell the real story to their partners for fear of outright rejection. If the husbands and partners reject them, what is expected of relations and friends? It takes a very bold fellow to tell her story and most victims have remained abandoned as if they were the cause of their predicaments. The effect is stigmatisation by the same society which they lived yesterday and now became victim for no cause of theirs. This is an error and it must be corrected.

Rape is a mind-set. It is thinking of things that satisfy the flesh. With an empty heart anything goes so any evil counsel delivers you to reaping corruption. These people are living outside the law that is why they lack self-control and it shows in the ways they think and act. No one helps them because they are lonely and are living unsatisfactory lives. When you force a girl to have sex, she hates you to her bone marrow and can stab you to death if she had the slightest opportunity. If father defiles daughter, Pastors defile member kids, and Police is caught in the act also, where lies the hope of the man in the street?

As I write, many Non-Governmental Organisations (NGO's) have come out boldly to challenge the government and asking for legislation for the rehabilitation of victims and more severe punishment for offenders. This is one prayer I am sure should not suffer any setback on the floor of the National Assembly. Sheikh Yakubu Musa suggests that “Government at all levels and religious leaders must sustain preaching on the need for parents to ensure proper upbringing of their children… another contributing factor to this act is the mode of dressing of some girls.” Unless stringent measures are taken, to guard against indecent dressing, the phenomenon will increase. Dressing in expensive handkerchiefs called dresses leaving the girls in nude 24/7 is doing no good to the society. But some say it is human right to go necked!

What should be our resolve? Parents must change their focus now. It is now common knowledge that the teachers you leave your children with in schools have their other preoccupations so your child is not first in their agenda despite the huge fees you pay. Children must be warned never to get close to strangers and report to the law enforcement agencies any unwholesome talk they hear from anyone. Government must come up with harsher legislation which would make the penalty for rape stiffer.

Katsina state has amended their law to include a minimum of 14 years jail term and payment of compensation to the victim for anyone convicted of the crime. But this in itself presents yet another issue. How can a culprit be caught when some parents even withdraw their cases from the police and the law courts for fear of stigmatisation? Here is why the evil is getting unabated. There must be mass awareness campaign on the need of parents to press for charges, for victims to go to law, and the courts must be swift at dispensing justice because justice delayed has remained justice denied.

Mike Akpatiis a Public Affair Analyst based in Port Harcourt

Disclaimer: "The views/contents expressed in this article are the sole responsibility of the author(s) and do not necessarily reflect those of The Nigerian Voice. The Nigerian Voice will not be responsible or liable for any inaccurate or incorrect statements contained in this article."
Articles by Akpati Mike
10-7-2015  The Leadership Question: Do They Know We Are Hungry?2-7-2015  All Progressive Congress In These Trying Times26-8-2013  Jonathan’s Transformation Agenda Must Begin From The Judiciary19-10-2012  Death In Nigeria What Does It Mean Anyway?13-6-2012  Goodluck Jonathan And A Nation Under RepairMore...