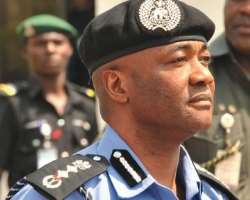 
The Kwara State chapter of the All Progressives Congress on Saturday called on the Inspector-General of Police, Abubakar Mohammed to 'call to order' the Kwara State Police Command.

The state Interim Chairman of APC, Alhaji Ishola Balogun-Fulani, during a media briefing in Ilorin accused the police of arresting and intimidating some members of the party.

'The Police Command had gone to stop the APC members while erecting bill board along Asa-Dam road. 'It also tampered with the street sign post of the party in all major roads in the state, leaving the PDP's sign post intact,' Balogun-Fulani said.