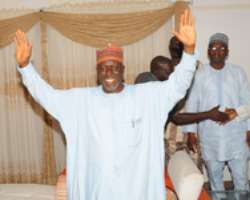 
The Kogi government has released N490 million grant to the Kogi State University, Ayangba, the Vice Chancellor of the institution, Prof. Hassan Isah, announced on Thursday.

Isah said in a statement signed by the Commissioner for Information, Mr Yabagi Bologi, and issued in Lokoja that the amount was for the implementation of three critical projects in the institution.

The statement said that N250 million was for the construction of two additional student hostels.

It said that N120 million was for the accreditation of six academic programmes in the faculties of Management Sciences, Agriculture, Arts, Humanities, Law and Natural Sciences Social Sciences.

The statement also said that a balance of N120 million was for the completion and procurement of equipment for the medical laboratory of the institution's College of Medicine which is expected to take off later in the year.

It said that the state government had approved the upgrading of the university’s diagnostic and reference hospital at Ayangba, adding that all the projects were ongoing.

The Vice Chancellor pledged that the staff and students would reciprocate the gesture with hard work and commitment to the growth and development of the institution.