DWINDLING OIL INCOME MAY SOBER US INTO BROTHERS AGAIN 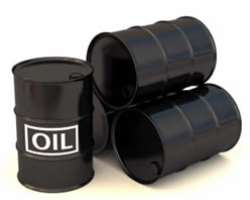 Let Niger Delta have their oil income and expend it anyway they want. Our regional desire is to change our commonwealth to regional wealth management, forever. We must ask ourselves about the choice between oil income and reintegration of the Country. In a choice of loyalty to one or the others, how important is oil income to religions or Country to our citizens.

Grown intelligent people in the right circumstance may behave differently in an environment where manna and wine fall from heaven or spring up from the soil. They fight to get their daily share without thinking of what to do the next day if the freebies stop. The brains get rusty for lack of use to provide for themselves. They simply lose the capacity to think for the future. We will worry about it when we get there, just justify the present anyway we can.

There is much more to a country. Before the end of crude oil or before it becomes worthless as a result of new and more efficient fuel, Nigerians may fight to finish over oil and religions. There are many loyal minorities from none of the mega ethnic groups that will breathe a sigh of relief and welcome back the sober warriors from exploit of oil and leave of absence from their senses.

Let go oil incomes or disguised exotic religious fanatic doctrines that is not from your backyard. Every region has potential to develop from within. The cost and burden of sharing what is not yours has overplayed our talents and killed our ingenuity. Laziness has overtaken hard work and we are passing idleness to our children. More terrorism, armed robbery, prostitution and white collar crime have become the norm of the new generation displacing hard work and sweat.

If Nigeria cannot save itself, how can it save Africa or Africans in Diaspora, a sigh by one of the postdoctoral fellows from United States. Well, that is far, our neighbors wonder as well. Since we have no respect for ourselves at home, some even disrespect us in their countries. Nigerians have wasted their god given talents and resources; they are here to scrabble for ours. Ouch!

No amount of crude oil is worth the amount of bad blood it has generated between brothers, sisters and within families. Someone put it best in Warri when he exclaimed that my people are killing my people. Families that have existed in peace for centuries, married one another are killing and maiming one another over the control of oil income, allocations, wells and ferocious foreign religious fatalism. It may not stop until the oil income fueling all these fires, runs dry.

It does not take much to ignite a fight over my looters are better than your looters or who steal more than the other. Nobody cares about stealing as a crime, unless you are poor and hungry daring to steal pennies or food from the market. Jungle justice is transferred to that sorry being. We only deal with little rogues since the big cats are well protected and are worshiped as

heroes that brings home succor and garri to the very few.

The usual selfish mentality is that we will cross that bridge when we get there; let us share the present oil booty. Only those that live for the day, leave God to take care of tomorrow. Heaven helps those who help themselves. Those who forget to learn from yesterday will make the same mistake not only today but will regret it the next day. Nigeria whom much is expected from, has taken a leave of absence to dance naked too long in the marketplace. The Hero has no clothes.

Leaders vowed that they will not seat over the disintegration of Nigeria while it is disintegrating under their watch. A chance for a united country is getting dimmer as the coalition that brought party into power fragments. There is no doubt right now each party has the support of a base with another region. By any mathematical means, not enough to give any party four more years in Nigeria. So what if the worst scenario is that South-south takes its ball and leave the game.

Where do they go? We have been here before and it was not pretty. There is no single region that is geographical or ethnically pure. Even if there is, for the sake of peaceful existence, crude oil income cannot replace self-reliance and innovations. It is imperative that Nigeria anticipate the end of free oil income. No matter how hard it is to imagine, it's a matter of when not if.

The amount of time and effort we spend fighting, spiting and killing one another could be spent in a more productive ways for the future of our children. The honorable legacy bestowed on us has evaporated into thin air and there is no more shame, no more remorse and no more dignity of the generation we were once proud of. We have replaced pride in labor with arrogance in deceit. Anyone that cannot prove to their children how hard they worked for money, has lost it.

There are too many distractions. When young men and women are not gainfully employed, they become surplus labor for thugs, miscreants and religious zealots. There are more holy houses, churches and mosques in Nigeria per square space than anywhere in the world. Yet, we are not the keepers of these religions. The command centers are out of Africa, even when not a single one of them hear or speak our languages. Some speak Hebrew, Hindu, Latin, Arabic etc.

Their religions have turned our children against us and against little kids. We are so afraid of our youths, we build fences and barbwires around ourselves without fire escape. Our children are not safe in schools, churches and mosques with fences. So full of false sense of security, we divert savings for infrastructure and inventions to ourselves in fortified cars and foreign castles.

All this because of oil income and ferocious religious killings in disguise for power, security has gulped a bigger part of our individual, state and national budgets. The money that should be used to build our future and infrastructure are wasted because income comes from natural resources we did not use our brain to manufacture. It is not surprising then that we fight about whose backyard it comes from and how to get more or less. It's easy money.