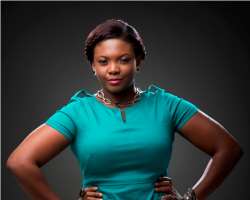 February 6th, 2014 was International Day of Zero Tolerance to Female Genital Mutilation and it is hard to believe that the practice of mutilating the genitals of young girls still takes place all over the world, but it does. Millions of girls around the world are still threatened by genital mutilation (FGM), despite a century of efforts to put an end to it.

In the 29 countries in Africa and the Middle East where the practice is concentrated, more than 125 million girls and women alive today have been cut, a further 86 million young girls worldwide are likely to experience some form of this practice by 2030, if current trends continue.

FGM, the partial or total cutting away of the external female genitalia, has been practiced for centuries in parts of Africa, generally as one element of a rite of passage preparing young girls for womanhood and marriage. It is often performed without anesthetic under septic conditions by lay practitioners with little or no knowledge of human anatomy or medicine, which causes death or permanent health problems as well as severe pain.

Despite these grave risks, its practitioners look on it as an integral part of their cultural and ethnic identity, and some perceive it as a religious obligation. I, however, emphasize that the practice is detrimental to women's health and well-being. It is a ritualized form of child abuse and violence against women, a violation of human rights.

The majority of cases of FGM are carried out in 28 African countries. In some countries like Egypt, Ethiopia, Somalia and Sudan, prevalence rates are as high as 98 per cent. In other countries, such as Nigeria, Kenya, Togo and Senegal, the prevalence rates vary between 20 and 50 per cent.

Although the societies that practice circumcision vary in many ways, most girls receive little education and are valued primarily for their future role as sources of labor and producers of children.

In some communities, the prospective husband's family pays a bride price to the family of the bride, giving his family the right to her labor and her children; she herself has no right to or control over either

Efforts to eliminate female circumcision have often been unsuccessful because opponents of the practice ignored its social and economic context.

While legislation may be enforceable in countries where only a small minority adhere to the practice, that is unlikely to be the case when the majority follow the tradition.

Indeed, girls have very little choice. Given their age and their lack of education and resources, they are dependent on their parents, and later on their husband, for the basic necessities of life. Those who resist may be cut by force. If they remain uncircumcised and their families are therefore unable to arrange a marriage, they may be cast out without any means of subsistence. Because of their lack of choice and the powerful influence of tradition, many girls accept circumcision as a necessary, natural part of life and adopt the rationales given for its existence.

Despite the overall lack of change in the percentages of girls who undergo circumcision, changes in attitudes and practices seem to be occurring in some countries. Substantial change is likely to occur only with improvements in the status of women in society, because women with higher levels of education with income of their own are less like to have had their daughters circumcised.

Every young girl, regardless of where she lives, or her economic circumstances, has the right to fulfill her human potential, free from harm or violence.

The sustainable, equitable future we all want depends on the actions we take today to ensure the dignity, health and well-being of every girl.