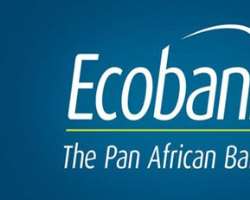 
Ecobank Nigeria has projected power sector funding of about $5 billion per annum over the next five years.

This according to the bank is in line with its policy to support the growth and development of the Nigerian power sector.

It quoted Ecobank Country Head, Power and Energy, Olufunke Jones, to have stated that the bank's objective was focused on playing actively at all levels of the sector's privatisation which includes distribution, transmission and generation.

She noted that Nigeria has one of the largest gaps between demand and supply for electricity. To bridge this gap the country requires a combination of favorable government policies, private sector participation and foreign direct investment (FDI), as well as transparency and persistent monitoring that will guarantee an improved business environment, she added.

According to Jones, the current power reforms have created opportunities for capital expenditure and operating expenditure funding.

'There is the urgent need to rehabilitate the distribution networks in order to make them robust and flexible enough to accommodate the nation's demand for power,' she added.

On her part, the Local Account Manager, Corporate Banking Group, Ecobank Nigeria, Mrs. Funmilola Ogunmekan, noted that unlike the telecoms industry where new investors were able to take advantage of new technologies to redefine industry norms, the power sector is faced with the challenges of upgrading mostly obsolete equipment and processing under a traditional technology framework.

Ogunmekan reiterated that in 2014 Ecobank would leverage its position as a bank with the third largest branch network to provide effective utility collections and cash management services while providing the required additional capital and operating expenditure funding requirement for at least five of the distribution companies across the country.

Ecobank had collaborated with companies to put in place an effective and seamless Utility Collection System devoid of leakages and supported by a robust information technology infrastructure. The bank has provided bid bond facilities to some of the major approved contractors in line with National Electricity Regulatory Company expectations, for the Credited Advanced Prepaid Metering Implementation (CAPMI) Scheme.