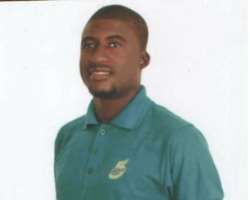 Withdrawal of NANS recent open letter before it is too late….

Sir, after brainstorming and consultations on the recent open letter written to your exalted office by the National Association of Nigerian Students (NANS Zone A) under my humble leadership on the perceived encroachment and undue interference into the organisation activities by the Senior Special Assistant on Students Matters Prince Mohammed Sani Hassan aka “Last Don” to polarize our noble organization.

Sir, after reactions and counter reactions from past and present Student leaders of the National Association of Nigerian Students across the globe that the recent open letter written to your office is meant to maligned the SSA, but rather to arrest an imminent crisis which was capable of causing anarchy in the organisation, after painstaking and appealing to the conscience of all and sundry, the organisation have resolve to withdraw it earlier position forthwith in the interest of peace and tranquillity. The SSA on Students matters Mohammed Sani Hassan was wrongly informed on the outcome of the Zonal Executive council briefing in Zaria which he acted upon to Welcome the Nigerian Students to Bauchi, but after hours of deliberations with stakeholders from Bauchi/Gombe Axis and beyond, it was unanimously resolved and agreed that Niger State should host the next convention of the Zone on the 7th of March 2014 and no further interference or trespass in the activities of the organisation would be witnessed. It is widely accepted that “When men hold the same ideas in their minds; nothing can isolate them, not the walls of prison nor the sods of cemetery, for single idea and common goal sustain them”

Consequently, I wish to appeal on behalf of the National Association of Nigerian Students (NANS Zone A) to your office that all the issues raised in our recent open letter should not in any way affect Mohammed Sani Hassan as the SSA on Student matters, we believes that as potential leaders of this country Nigeria, we have resolved the contentious issues in our own amicable ways of dialogue and superior reasoning. Hence the organisation remains an indivisible and indissoluble entity under my humble leadership.

While we appreciates the entire Nigerian Students, relevant stakeholders and indeed the security agencies for their prompt intervention in seeing to the peaceful resolution of the issue, most importantly our Students for their understanding and finally wishes to uses this medium to welcome the entire Nigeria Students to Minna the power state.