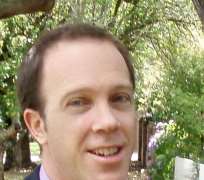 These days, it pays to be an analyst; it pays even more when you are seen as an authority on a newsy country like Nigeria which is more projected by the international media for its negatives than its positives. That is the story of Antony Goldman, a Briton who has built his brand, career and businesses around jabbing hot knives into the heart of the entity called Nigeria; aided, of course, by local traitors in high places.

So many titles assigned to a single man. And as many sites he is regarded as something, are as many outlets he is feeding damning information about the Nigerian government and people. He sees no cause for cheer in the Nigeria project; and why should he? After all, he is only friend to Nigerians who are enemies of Nigeria, the accidental public servants of this world. He gets his briefs from these individuals, feeds the western media or syndicate them himself, and such publications are tweeted back home by his devious suppliers to agitate the Nigerian people and instigate them against the government.

The striking feature of Mr. Goldman’s brand of reportage/discourse is his penchant for feeding fat on Nigeria’s challenges, with unbridled enthusiasm for updating the international media with negative developments in Nigeria in the guise of commentaries. Where Nigeria is concerned, his commentaries are doom and gloom. One seldom sees any optimism in his submissions about the Nigerian people and government. Underlining his damaging agenda is the fact that his companies consult with not a few disgruntled Nigerian politicians, who are his reliable resources for damning scoops and data, which form the bulk of information he trumpets abroad.

Media Commentaries
Dating back to June 11, 1999, while interviewed by the BBC on his view about Nigeria’s new democracy, he grandiloquently declared that Rtd General Obasanjo would not make much difference in the fight against the monster of corruption in Nigeria compared to previous military regimes. He strongly, and falsely, affirmed to the BBC that the army remains the one, enduring political institution in Nigeria that can stage a comeback anytime soon. It is over 14 years now; Goldman’s assertion is yet to come to reality.

In his commentary in the May 2011 edition ofThe Economics, he arrogantly describes Nigerian politics as “…one big bun-fight over oil money.”

Recently, while lending his voice to a Reuters’ piece on Nigeria’s era of baby boom, Antony Goldman authoritatively predicts big doom and catastrophe for Nigeria in the coming 20 years.

The only positive commentary of Goldman about Nigeria seen online is on account of a special project packaged by a leading Nigerian bank seeking to win the accounts of foreign investors who are coming to Nigeria. In that piece, which was obviously sponsored by the bank, he paints a rosy picture of Nigeria, saying that the country continues to confound its critics (obviously referring to his surprised self and his treacherous Nigerian allies) with an economy that posts handsome growth and a football team that can deliver satisfying results.

Book/Paper Contributions
Antony Goldman was part of the contributors to the book, Transatlantic Tensions: The United States, Europe, and Problem Countries, edited by Richard Haass; published in 1999. In the book, Goldman titled his piece on my country, Nigeria: Many Problem, Few Solutions.

The blurb of the book reads, “The book examines the ‘problem’ countries of Cuba, Iran, Iraq, Libya and Nigeria. In each case, leading American and European experts offer separate chapters explaining sources of US and European differences, consequences for policies designed to influence problem states, and prospects for bridging translantic policy rifts.”

Expectedly, Goldman’s contribution is laced with his trademark negativity and pessimism about the Nigerian nation.

Neo-Colonialist Traits
From the foregoing, it is clear that Antony Goldman is a sworn imperialist whose only joy is to rubbish the progress of Nigeria and portray it as a no-do-gooder among the comity of nations. His submissions are only softened when he is contracted by a Nigerian concern to package a PR job, since he is regarded as an authority on Nigeria.

Now, I urge you not to take my words alone on this fellow. Please go online and search ‘Antony Goldman.’ You will be amazed at how much hatred he spills from his posh London office about Nigeria, rolling out damning analyses about the country as he is being fed by his Nigerian cronies who have held public offices at some point and/or are hungrily yearning for power now. These betrayers who would stop at nothing to vilify the sitting government or its officials, as well as paint a horrible picture about the Nigerian situation so that it looks as if it is the battleground of Armageddon itself, are his reliable sources.

I am not saying that Nigeria is free of challenges. But there are so many positives about this country and its people that the world outside needs to know. Every day, positive things happen in Nigeria and to Nigerians. Thousands of Nigerians are in the news for cheery reasons, whilst not discountenancing the bad ones. Nigeria is a nation of good people and great possibilities. People like Antony Goldman and his aggrieved public servants/politicians cannot make us believe otherwise. They should not just focus on our sore points; they should also let the world know about our strengths and positives. Nigerians are peace-loving people. We affirm our individual and collective goodness as well as the greatness of our nation.

Goldman must stop his imperialist obsession for broadcasting everything negative about Nigeria as well as his patronage of disgruntled politicians and angry accidental public servants who supply him the negatives and tweet the outputs of his damnation to us.

Issachar Odion is a post-graduate student in one of the federal universities in Nigeria.