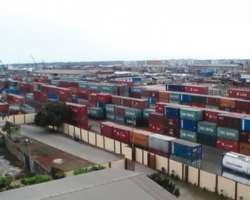 
The Nigeria Customs Service (NCS) have arrested a notorious Nigerien drug kingpin, Abubakar Woru, 45, with a car loaded with 681 rolls of tramadol capsules in Katsina State.

The Customs Area controller, Alhaji Yerima Abubakar said at a press conference on Wednesday in Katsina, that the suspect had been on the customs watch list for a long period.

According to him, Woru was arrested on Monday on Katsina-Jibia road after attempting to bribe customs patrol officers with 435,000 CFA or (N136,764).

He said that the officers turn down the offer and arrested the suspect.

Abubakar said that the suspect was alleged to be the gang leader behind the smuggling of prohibited drugs in the country.

The controller said that the suspect would be charged to court for prosecution after investigations.

He commended the officers for their efforts and also warned customs officers to shun all forms of bribery and corruption.

The Katsina Customs boss said that the command had also arrested five persons for smuggling related offences in the state in 2013.

Abubakar urged members of the public, particularly border communities to continue to cooperate with the customs in the fight against smuggling.