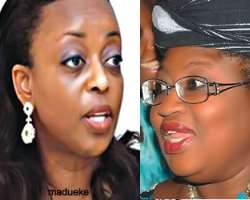 
The last one week may have reopened the debate over the desirability or otherwise  of subsidy on petroluem products, including kerosene. While a wing of the government is pushing for the removal of subsidy, another wing is insisting that this should continue in deferrence to the needs of the masses.

There is strong suspicion that plots are been hatched to run the administration into a new round of crisis. The move to instigate the removal of subsidy is widely seen as a push to complicate the political challenges already facing the government. A top player said the politiciasation of the oil sector has a wide range target. The division within government is even more indicative of the political complications already manifesting within the system.

The internal wrangling within the government had pictched the Central Bank Governor, Lamido Sanusi, against Andrew Yakubu of the NNPC. Strangely, the CBN boss is indirectly canvassing removal of subsidy on kerosene, which many agreed is the main product directly linked to the lower belt of the society. In his many submissions, Sanusi had used the usual arguments that subsidy is not reaching the masses as a basis for disguised call for removal of subsidy on kerosene.

In this face off, the Finance minister, Dr Okonjo Iweala,  has not clearly defined her position. Asked whether Budget 2014 is inclusive of subsidy on kerosene, the minister simply said kerosene subsidy was not captured. The implication is that subsidy has been removed on kerosene while retaining those on PPMS. The oil minister, Dieziani Allison Maduekwe, conscious of the implication of the conclusion, quickly interjected by reminding the public that Nigerians had vehemently opposed subsidy removal and that it is left to the Finance committee to decide. The Makarfi committee, aware of the grave implication, quickly put it back to the two ministers that they should decide on inclusion or non – inclusion of kerosene subsidy. The former governor even canvassed a Supplementary Appropriation to ensure that the subsidy is captured.

The sudden reawakening of subsidy debate is linked to Sanusis push to prove that the money NNPC claimed to have spent on subsidy is false and a mere myth. If Sanusi is able to prove his case, it would mean that the NNPC lied in its claim of having spent the allegedly missing billions on subsidy and other expenses. If he failed,what remains of his battered credibility would have been finally dismantled.

Hence, Sanusi canvassed six points, namely that the implementation of kerosene subsidy regime is a violation of the DPK deregulation order by the late President Umaru Yar'adua, that  the directive was communicated to and received by NNPC, that the average supply of DPK vessels by NNPC was between 4 to 6 vessels per month with a conversion factor of 1,136 litres equals 1 Metric Ton, that NNPC rendered nil returns on kerosene subsidy from April 2012 to December 2013; that the NNPC delayed in filing subsidy claims to PPPRA and that the entire subsidy implementation is a farce/myth.

The NNPC however appeared equipped to counter the central banker. In its response, the oil agency  disputed the claim that it  violated a presidential directive on kerosene subsidy,affirming that ' factual position is that late President Yar'Adua issued a directive on the deregulation of the price of kerosene but the legal and administrative procedures for its implementation were never concluded.

'As a matter of fact, the presidential directive contained conflicting provisions that required further clarification to support the implementation. NNPC attempted through several correspondences to seek clarifications on the conflicting provisions in the directive without any positive response. The letter of the controversial presidential directive is to the effect that commencing from July 2009: 'Eliminate existing subsidy on the consumption of kerosene, taking into account that subsidy payments by government on kerosene do not reach the intended beneficiaries. Public announcement of this measure should be avoided.'

To the NNPC, the CBN choses  to suppress the latter part of item (i) of the directive because of the perceived conflict, alluding that 'Section 6 (Copy Attached - Appendix 1) of the Petroleum Act empowers the Minister of Petroleum Resources by order published in the Federal Gazette to fix the prices at which petroleum products or any particular class or classes thereof may be sold in Nigeria. There is thus a statutorily prescribed process by which the prices of petroleum products - DPK inclusive can be fixed and indeed this process has been adhered to in the past where a public announcement of increases in price is made and thereafter gazetted. It is clear therefore that the inclusion of the latter part of the directive that 'public announcement of this measure should be avoided' is in conflict with the provision of Section 6 of the Petroleum Act.

The oil agency noted further that the the directive on kerosene subsidy was never formally communicated to NNPC for implementation as posited by the CBN. Rather, the directive was communicated to the former Minister of Petroleum Resources, Dr Rilwan Lukman, who did not direct NNPC to implement, ostensibly due to the challenge indicated in the earlier paragraph of this submission..

'Subsequently, the Inter-Ministerial Committee (Presidential Implementation Committee on Downstream Deregulation) consisting of the Minister of Finance (Chairman), Minister of Petroleum Resources, Minister of State, Petroleum Resources, Chief Economic Adviser to the President and GMD NNPC met to develop strategies on implementing the deregulation of the downstream sector. The outcome and subsequent advice to NNPC by the Inter-Ministerial Committee was that NNPC should delay implementation of the deregulation of DPK and ensure sufficient supply to the market due to withdrawal by other marketers. NNPC was also advised to come-up with a strategic action plan to win over the public to the ultimate objective of deregulating the entire downstream sector,' the agency affirmed in its presentation.

What is puzzling, however, is whether that presidential directive is in itself not anti-people. Late President Yar'Adua was  aware of this reality, hence the content of the order that it should not be made made public. He planned secret removal of subsidy which could not go with the demand for a gazette . In any case, it is true that any directive not gazetted is not known to the law.

Again, why is Sanusi openining up on secret deals of the late President? Why letting Nigerians know that Yar'Adua indeed planned to secretly removed subsidy especially on kerosene?

Aside the issue of presidential directive, the oil agency also had many other alibi for refusing to stop the subsidy on kerosene. One is that  the  House of Representatives on 5 July 2011 passed a resolution in plenary  supporting the retention of the subsidy, ensuring the availability of DPK across the country and the sale of DPK at N50 per litre.The second is that there is a subsisting court judgement by the Federal High Court Abuja Division delivered on the 19th March 2013 by Justice Bello in Bamidele Aturu vs. Minister of Petroleum Resources and Ors (FHC/ABJ/CS/591/09), where the court granted 'an order restraining the defendants, their agents, privies and collaborators and whosoever and howsoever from deregulating the downstream sector of the petroleum industry or from failing to fix the prices of petroleum products as mandatorily required by the Petroleum Act and the Price Control Act.'

As rightly put by the NNPC,'the implication of the court judgement is that the Honourable Minister of Petroleum Resources is restrained from deregulating the prices of regulated petroleum products including DPK. It is instructive to note that the injunction remains in force till date. NNPC has sought and obtained a legal opinion from a Senior Advocate of Nigeria as to the legal effect of the presidential directive and NNPC has been advised that there has been no removal of the subsidy on kerosene ', the agency affirmed.

The summation of it all is that refusal to fund subsidy is against the law . Funding the subsidy on kerozene is clearly within the law. Failure to fund subsidy is widely seen as a ploy to pull down the government. The National President of Petroluem Marketers ,Aminu Abdul Kadir said any removal of subsidy is a ploy to instigate  uprising against government. According to him ,kerozene subsidise the cost of living for the poor ,affirming that the administration has done the right thing by retaining subsidy in Line with the law.

Reviewing the preceeding ,IPMAN said further hardship will be imposed on the poor. Subsidy he said should remain until LPG supply is sufficient to fill the gap. 'Until LPG is widely available,you cannot remove subsidy. If you do,it will bring social unease. I strongly  advise that subsidy should remain. I also Call on the minister to Call Industry operators to order to put in more efforts into the provision of LPG. Party of the subsidy should be used to fund facilities for LPG.',he said .

'It is also not true that people are not feeling the  impact of subsidy . The fact is that national Consulting has not been reviewet nence the product being supplies is grosset inadequate ,hence the effect on cost. It is a question of supply and demands. About 7 to 10 million that we envisages but our national consumption today is about 15 million liters. There is a shortfall in supply ,hence People think there is not subsidy. There is subsidy', he said.