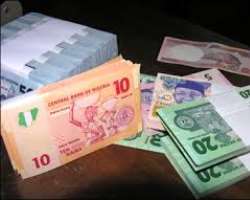 Former Spokesperson of Afenifere and Peoples Democratic Party (PDP) governorship aspirant in Ekiti State, Prince Dayo Adeyeye has challenged the State Government on the whereabouts of the over N2.5 billion it deducted from Local Government federal allocation in 2013 for the payment of pension and gratuity of retired Local Council workers.

In a statement issued in Ado-Ekiti today, Adeyeye alleged that in 2013 alone, close to N3 billion had been deducted from allocation meant for the 16 Local Councils in for payment of gratuity of retired council workers and primary school teachers in Ekiti, but up till now the pensioners are not paid.

"What happened to the close to N3 billion deducted from the council fund in 2013 for the payment of pension and gratuity?"

Adeyeye said even when Ekiti State Pension Commission (Pencom) has data of all the pensioners and know those who are yet to collect their gratuity, the Pencom still send informal message to those who have not collect gratuity to come nd register their names, which was not the practice.

He described the Pencom antics as "a means to buy time since the fund meant for the payment of the gratuity had been looted."

The PDP governorship aspirant said it was painful that despite repeated plea from the pensioners, the government has refused to pay them their gratuities.

He said; "when PDP was in government in the state, pensioners received their gratuity within 60 days of retirement while pension was paid on the 22nd of the month. But today, those who retired since last year are yet to receive their gratuities while harmonisation arrears have not been paid since 2011."