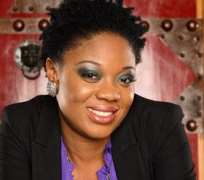 Born and raised in Abuja, Nigeria, Chineze Anayaene graduated from Regina Pacis College Abuja, and later attended the University of Abuja. In 2005, she travelled to Los Angeles, California and began a one year film making program at the New York Film Academy.

She's currently breaking new grounds with Xandria Productions', IJE: The Journey which tells the story of two sisters with unbreakable bonds of loyalty and the power of the human spirit Through this production, Anyaene brings the improvement in quality that is essential in order for Nollywood to make its mark in the global film industryn