Clem Aguiyi and the Poverty of Research 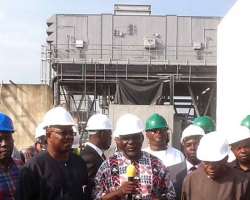 With few weeks remaining for Gov. Peter Obi of Anambra State to complete his tenure, there is no doubt that he will come under the scrutiny of writers. Eight years in the saddle is long enough to produce – and it has truly produced – enough materials for any analyst to use to measure Obi's credentials as a Governor, a Manager of Men, a Teacher of Values and one who understands governance or otherwise.

Today in Nigeria, Governor Obi is noted by many acts that have even become bywords for his name. Even those in primary schools know him by different epithets among which are: the Stingiest Governor, the Most Prudent, the Most Humble, and the Governor that does not, for one moment, allow the peak of the office to become a head-turning addiction. He is today known as a Governor who flies economy and business classes interchangeably and is at home in both. One can go on and on.

In spite of how we see the Governor and what one can justifiably call his “magnetic comeliness” there is one writer in Nigeria who has used his pen to vilify the governor and in other occasions to lift him as high as the heavens, that writer is Sir Clem Aguiyi. This is one of the attributes of good writers; to praise or condemn when necessary. It is also one of the attributes of hypocrites for the act of condemnation or commendation could be dictated by how much one's palms are greased for he who pays the piper, the saying goes, calls the tune. The writer is superb or accounted as principled if his primary motivation is dictated by objectivity.

In writing about how men form opinions or write nonsense when under certain influences, I have often used the story of Dennis Diderot and John Milton for illustrations.

Many years ago, when Catherine the Great was the Queen of Russia, she courted the friendship of men of letters, who were used to criticizing her. When Catherine heard that Diderot was planning to sell his library in order to raise a dowry for his daughter, she instructed her Paris agent to buy it at whatever price Diderot should ask; he asked and received sixteen thousand livres. Then she requested Diderot to keep the books till his death, and to be their custodian for her at a salary of a thousand livres per year. Moreover, she paid his salary twenty-five years in advance. Diderot overnight became a rich man and a defender of Catherine. When she invited him to visit her he would hardly refuse. “Once in a lifetime,” he said, “One must see such a woman.”

The story of Milton is also instructive. He wrote Areopatictica, where he respectfully asked parliament of England to reconsider censorship ordinance at that time as tending to “the discouragement of all learning”, saying that he “who kills a man kills a reasonable creature, God's image; but he who destroys a good book, kills reason itself thereby killing God.” A man who wrote such would unlikely be a party to censorship. Alas, when Milton joined that government in 1649 on the invitation of Cromwell, he joined with the other employees of the Council in suppressing publications; censorship was now more severe than any time in England's history. The man, Milton, who had written the most eloquent appeal ever made for freedom of the press, was now looking at censorship from the view of the ruling power.

The foregoing are demonstrations of how the ruling kings had inroads into Diderot and Milton's hearts. Daily, we see such replicated in Nigeria. Many writers have long surrendered their hearts to men in power who are willing to appease them. Is Clem a victim of this malaise?

In his last piece published in the Sun newspaper of , entitled Will Obi 'hold' or release' the leash? Clem held Obi out as the best Governor to have governed Anambra State. Writing about his relationship with Obi, he says: “Make no mistake – I am a great fan of Mr. Obi because of his prudent fiscal responsibility and personal humility, and I make no apologies for this bias.” This is a great testimony. Any man who professes such about another man must be taken seriously when he questions what the person does. The conclusion is that he must have made an observation he thinks as honest, without ruling out other extraneous influences. This could be one explanation of Clem's unhappiness with the Governor over what he perceives as Obi's determination “to spend the N40b which he said was saved by him over a period of 8 years being donated left, right and centre to various interest groups.” Concluding, Clem, who advised the setting up of a Transition Committee by Governor Obi, said that what the Governor needed now was “keeping the Governor-elect abreast with his handover activities, carrying the Governor elect and his team along on State matters and paying thank you visit to end his tenure.”

The stories of Diderot and Milton are clear proof that even the greatest of men can be influenced to form opinions. In some cases they are moved by the favour they are seeking. I can say with surety that over 95% of those pretending to guard the Governor-elect are actually wolves plotting for in-roads into his government in the form of appointments. In the case of Clem, it is difficult to hazard his motive, but one thing is clear, his piece suffers from the poverty of research.

A little research would have let Clems know that the Transition Committee he was asking for was formed four days before his write-up came out. If Clem had been following events in Anambra State, he would have known that Obi does not dash money, but that cheques presented to institutions are for ongoing work for the benefit of the people of the State. Satisfied on the impact of money given directly to the beneficiaries, the elated Supervising Minister of Education said the same thing would be replicated in Unity Schools in Nigeria. The conjecture that Obi could be behind many cases instituted against Obiano is utterly bewildering.

In advising Obi to stop further expenditure, is Clem saying that Government should ground to a halt because of imminent change? Though Clem tells us “that a sizeable number of people voted APGA because they believed in the candidature of Willie Obiano as Governor and Nkem Okeke as Deputy”, may I remind him that Obiano himself has continued to say that APGA secured victory because of the superlative performance of APGA government in Anambra State. It will be a disappointment for that government to suddenly stop and cease delivering on what made the people to vote for her because of transition. In Nigeria, out-going governors stop meaningful work 2 years to their terminal dates and amass retirement money, but Obi has shown that an out-going governor could still be working till his last day. Anybody mourning should be informed that Obi started this journey with less than N500m left in the coffers for him by Dr. Chris Ngige. Today, he is finishing strong, without being indebted to any financial institution or raising a bond, when some of his colleagues left mounting debts for their successors. Upon that, no governor in Nigeria has delivered what he did in Anambra State. Obi is leaving with a lot of savings for the State both in cash and investment, which are well close to N50b.

I say the foregoing to demonstrate that Clem's apprehension is unfounded. What Anambra needs today is to set up bonfires and with celebration and music lead Obi out of the Stage on the 17th of March for he met Anambra a failed a decayed State raised her many notches on the path of progress and transformation.

As we celebrate a man who is great and good, some writers have the rights to feel that they did not get much from Obi. These writers are at liberty to act scenes for Obiano to deceive him to believe they are losing sleep for his success while actually targetting appointments they are longing for. This is human, and therefore requires to be treated with understanding leniency.