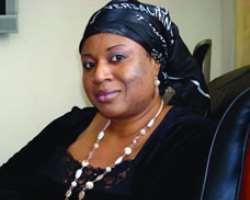 The movie industry, since its inception years ago with the movie, Living In Bondage, has churned out a lot of stars. It has turned many who were hitherto unknown into famous stars.

While it is not wrong to say that the old need to give way to the young so that other budding talents can have the time of their lives while on the television screens of almost every home it is also pertinent to find out why the ones who started this journey have left and what they are up to right now.

Many of them have given reasons such as, "we relocated", "I got married so I had to be with my husband", "I've gotten involved in other things, I can't do movies for life" etc but first of all who are those stars we used to love so much that have left the scene and where are they now?

Their absence in the industry cannot be overemphasized because not only have we lost the kind of performances they used to bring to the table, much of what we see today are not exactly very good performances.

But first who are the stars: Those who have left the shores of Nigeria to pursue either greener pastures abroad or to settle down in marriage include pretty Regina Askia-Williams-(New York), Victoria Inyama-Okri-(London), Sandra Achums-(Germany), Rita Nzelu, Rita Nwankwo, Dolly Unachukwu, Georgina Onuoha-Igwebe-(not really an old actress like the others), Amaeze Imahiagbe, Bobby Ejike, Robert Peters.

The next category falls under those who have given it all up to become ambassadors of Christ and gospel preachers such as Liz Benson, Edyth Jane Azu-Anyalogu and Okey Ogunjiofor.

The next category are those who combine acting with other things like politics, music, NGO, such as RMD, Hilda Dokubo Mrakpor, and Onyeka Onwenu.

Yet there are those who still want to be relevant but unfortunately they are no more producers' choice; artistes such as Franca Brown, Ndidi Obi, Ngozi Nwosu, Ann Njemanze, Stephnora Okere, Ibinabo Fiberesima, Ernest Asuzu, Ejike Metusela, Suzan Patrick.

In as much as one commends the talent inherent in the crop of new generation actors and actresses, it is however glaring that there seems to be lack of depth in these ones. Many of them are just after the fame and glamour in the industry and do not improve themselves and little wonder some just find it convenient to pronounce words wrongly and even mix tenses.

When the Actors Guild of Nigeria (AGN) settles its internal crisis first on their agenda for a new AGN should be training and retraining of the new crop of acts because if the trend continues then the only option left for the industry is to seek out the acts of yesteryears and ask them back into location.