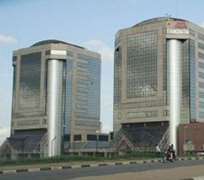 
The Senate has taken over the forensic audit of the Nigerian National Petroleum Corporation (NNPC) accounts, the Coordinating Minister for the Economy and Minister of Finance, Dr. Ngozi Okonjo-Iweala, has said.

The Senate's decision to handle the forensic audit of NNPC accounts came last Friday, a day after Okonjo-Iweala appeared before its Committee on Finance and made a recommendation to set up of a team of forensic auditors, to determine the exact amount of oil revenues that was remitted into the Federation Account.

The Governor of the Central Bank of Nigeria (CBN), Mallam Sanusi Lamido Sanusi, had in a letter to President Goodluck Jonathan last year claimed that the state run oil corporation had not remitted $49.8 billion into the federation account. An inter-agency meeting involving officials of the CBN, finance ministry, NNPC and the Ministry of Petroleum Resources later put the unremitted funds at $10.8 billion -which the NNPC said it had judiciously expended – prompting the Senate to order its committee on finance to conduct a probe into the matter.

At the Public Hearing held by the senate committtte, the CBN governor further claimed that of the $67 billion worth of crude shipped by NNPC between January 2012 and July last year, the apex bank only had records of the remittance of $47 billion, leaving $20 billion unaccounted for. Sanusi also said that Nigerian Petroleum Development Company (NPDC), a subsidiary of NNPC, along with two other companies, Atlantic Energy and Seven Energy, shipped $6 billion worth of crude oil from the nation’s oil wells and failed to remit accrued proceeds to the Federation Account.

Okonjo-Iweala consequently recommended the setting up of a team of forensic auditors to determine the exact amount that had not been remitted to the Federation Account by the NNPC so as to lay to rest the raging controversy on the issue.

Though the Senate Committee on Finance had approved the recommendation and asked her to submit the first report on March 22, 2014, Okonjo-Iweala told THISDAY that the same committee wrote her last Friday expressing its intention to take over the forensic audit. Chairman of the Committee, Senator Ahmed Makarfi, could not be reached last night when THISDAY called his phone line.

According to the finance minister, “the Senate has indicated that they will take over the forensic audit. They wrote a letter to me indicating that I should stop managing the audit; I got it on Friday. They told me not to do it anymore.”

Okonjo-Iweala, who said she was okay with the Senate's decision, expressed hope that the forensic audit would be expeditious and lay to rest the controversy surrounding the oil money to the satisfaction of Nigerians.

“I just got the letter on Friday but that is fine. I just hope that they will do the audit as expeditiously as they were expecting us and find out where the money goes, where the revenues are, because we need them in the Federation Account. That was the reason I had asked for it because we need to understand all these claims and counter-claims and how much we are owed because we need to also make our budget work,” she said.

However, addressing the issue of low fiscal buffer, which is the main concern raised in the latest report of Bank of America Merrill Lynch (BofA Merrill Lynch) on the Nigerian economy titled: Nigeria in Focus, Okonjo-Iweala said the Federal Government was already preparing for the unexpected by building buffer.

The BoFA Merrill Lynch report had indicated that at the current level of the excess crude account, only moderate shock is manageable, pointing out that an extreme and sustained shock could wipe out the ECA entirely and cause severe deterioration in key economic indicators.

But the finance minister argued that the government, in taking cognisance of any shock that may occur as result of heavy drop in the prices of oil at the international market, had been working assiduously to rebuild and strengthen the excess crude account, which provides the buffer.

According to her, “the level of the excess crude account is $2.1 billion and our objective this year is to build the excess crude account, which will increase the buffer. And that is why we are looking closely at the oil accounts, to make sure we understand what is happening with them, so that we can get a proper accounting of where the money is going. They are all linked.”

Okonjo-Iweala noted that one of the reasons she called for a forensic audit of NNPC was “to enable us understand what is happening with our oil account so that we can get the monies due to the treasury back and rebuild the buffer.”

“Our intention is to do this, to rebuild and strengthen the buffer, that is excess crude account and we are looking to scrutinise all our accounts so that we can find where our excess crude proceeds are going and deal with the revenue situation,” she explained.

Besides, she said the $1.550 billion with the Sovereign Wealth Fund, being managed by the Nigeria Sovereign Investment Authority (NSIA) was part of the buffer, pointing out that the total amount of buffer the economy currently has is $3.6 billion.

She said: “In addition, we have the Sovereign wealth fund; don't forget that we have $1 billion and we also added $550 million. We have $1.550 billion in the Sovereign Wealth Fund. The Sovereign Wealth Fund should not be forgotten as part of what we have as a buffer. If you look at it, we have $3.6 billion as our buffer. The buffer is a little stronger than what they indicated but they have forgotten about the Sovereign Wealth Fund.” “It is true we have to work hard to rebuild our buffer and we intend to do that and this is why in order to rectify this situation of lack of savings in excess crude account and the revenue shortfalls in the oil sector, we have asked for this forensic audit so that we can understand the shortfalls we have and where they are,” she added. THISDAY