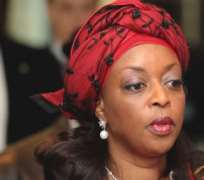 
Nigeria's profligate spending on fuel subsidy will continue in 2014 with the N971.1 billion provided for it in the budget. A breakdown of the budget released by the Ministry of Finance states, 'Subsidy payments were maintained at the 2013 level of N971.1 billion.' Such spending this year is questionable, given the Turn Around Maintenance of the country's four refineries that began in January 2013.

The renovation was geared toward making the refineries reach 90 per cent capacity utilisation, according to the Minister of Petroleum Resources, Diezani Alison-Madueke, who stated this in October 2012. To achieve the goal, she said the Federal Government would inject $1.6 billion into the refineries in Port Harcourt, Warri and Kaduna.  This was done. The TAM schedule she unfolded before the Senate Committee on Petroleum chaired by Magnus Abe in 2012 showed that a Japanese company, JGC, the original contractor that built the Port Harcourt Refinery, was contracted.

Alison-Madueke effusively said, '…we have put in place a new plan, complete with new schedules and timelines to bring the refineries back to life and get them to run at higher capacity. The maintenance and upgrade will start with the Port Harcourt Refinery, which has stayed the longest period without turnaround maintenance.' The repair of the last refinery, she added, 'comes on stream by the beginning of the last quarter of 2014.'

But with more than one year of repairs in the other refineries, there ought to have been a rebound, felt in increased production output, which invariably should have reduced substantially the N971.1 billion voted for subsidy on imported fuel this year.

The imported product still complements local production from the refineries, which operated at only 18 per cent utilisation level in 2012, according to the report of the presidential committee chaired by Kalu Idika, which inspected and recommended their privatisation. Or are the refineries still operating at 18 per cent level in 2014 after gulping $1.6 billion in TAM? Any such official claim must be spurious.

It is awful that a country with refineries that, combined, are capable of processing 445,000 barrels of crude per day into refined products, the third largest in Africa, after Egypt and South Africa, depends sometimes on non-oil producing countries for petrol.  Late last year, our petroleum minister said strongly that the refineries would be sold in the first quarter of 2014; by which time the maintenance in at least three of the refineries would have been completed.

Strangely, President Goodluck Jonathan cancelled the proposal as he buckled to pressure from the Petroleum and Natural Gas Senior Staff Association of Nigeria and Union of Petroleum and Natural Gas Workers not to privatise the refineries. The oil workers had threatened to 'go on a total strike and shut down the economy' in January should their advice be ignored. 'The Federal Government will not sell the refineries. There is no authorisation for anybody to do so,' presidential spokesman, Reuben Abati, spiritedly said in January.

As the refineries would no longer be sold, concrete results of the $1.6 billion TAM investment must be seen in their efficiency level or increased production output.  Anything to the contrary will suggest that the maintenance project has once again become a corruption boogie, which not a few past administrations indulged in.

Crude oil refining is not rocket science. The illicit form of the enterprise thriving in the Niger Delta region underscores this fact. The usual official castigation of pipeline vandalism for our woes in the petroleum downstream has apparently become dissonant. Why? In 2011, the government awarded a $103.4 million (N15 billion) pipeline surveillance contract to one of the militancy leaders in the South-South. Similar contracts of N2 billion and N580 million to others followed. Therefore, it is time a spade was identified by its name.

In all of this, one fact stands out: that importing petrol for domestic consumption for over two decades is a state policy sustained solely by graft. Must every administration dance to this bizarre tune? This anomaly reached its climax in 2011 when 49 oil marketers imported fuel in the first quarter, only for the figure to strangely increase to 140 suppliers at the end of the year.

Consequently, from the official figure of N1.3 trillion, subsidy payment rocketed to N1.7 trillion, according to the Central Bank of Nigeria documentation. Embarrassingly, none of the racketeers has been convicted yet.

This time, Nigerians should demand value for the $1.6 billion TAM.