Attacks On The Press: Surveillance Poses Global Challenge For Free Flow Of News

By Committee To Protect Journalists, CPJ 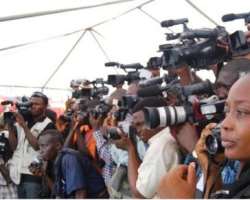 New York, February 12, 2014-Digital surveillance, the unchecked murder of journalists, and indirect commercial and political pressures on the media are three of the primary threats to press freedom highlighted in the Committee to Protect Journalists annual assessment, Attacks on the Press, released today.

"The primary battlegrounds for press freedom used to be contained within the borders of authoritarian states. While those battles continue, new technologies have made it possible to realize the right to freedom of expression regardless of frontiers," said CPJ Executive Director Joel Simon. "Attacks on the Press describes the threats and explores strategies to safeguard the free flow information."

Three pieces in this year's Attacks, including a foreword to the print edition by Jacob Weisberg, analyze the damaging effects to press freedom caused by the U.S. mass surveillance programs. Governments' capacity to store transactional data and the content of communications undermines journalists' ability to protect sources. The scope of the NSA's digital spying raises doubts about the U.S. commitment to freedom of expression and strengthens the hand of China and other restrictive nations in their calls for more government control over the Internet.

A separate essay in Attacks argues that the international community should put press freedom at the heart of a new anti-poverty strategy as the 2015 target nears for the U.N. Millennium Development Goals. Meanwhile, if transparency in the financial sector is not improved, more global financial crises can be expected.

Attacks also explores how the inability to solve journalist murders feeds an atmosphere of intimidation, compounded by the targeted killings of witnesses in many cases.

Along with the print edition of Attacks on the Press, CPJ published online a snapshot of conditions and data in close to 60 countries. Syria remained the most deadly place for journalists on the job in 2013, while Iraq and Egypt each saw a spike in fatal violence. In total 70 journalists lost their lives. For the second consecutive year, Turkey was the world's leading jailer of journalists, followed closely by Iran and China.

Attacks on the Press was first published in 1986. The 2014 edition features analyses by CPJ and global experts on: Beijing'sinfluence on the Hong Kong and Taiwanese press; Syrian journalists' strivingto report, despite the dangers; the insistenceon "positive news" in sub-Saharan Africa; finding the courageto cover sexual violence; Nelson Mandela'slegacy; and much more. CPJ's RiskList highlights the 10 places where press freedom deteriorated the most in 2013.

The printedition with foreword by Weisberg, chairman of the Slate Group and member of CPJ's board of directors, is published by Bloomberg Press, an imprint of Wiley, and is available for purchase.

###
CPJ is an independent, nonprofit organization that works to safeguard press freedom worldwide

Attacks on the Press is available online in English and with regional sections in Arabic, French, Portuguese, Russian, Spanish, and Turkish. For social media CPJ suggests using the hashtag #AttacksOnPress.