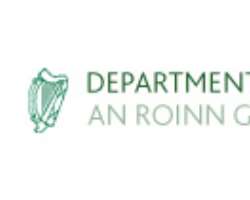 H.E. Mr. Ahlangene Cyprian Sigcau, Ambassador of the Republic of South Africa, was accompanied by his wife, Mrs. Vuyokazi Sigcau, and their children - son, Maqhawe Luhle, and daughter, Ezamatshawe Sihle and by Mrs. Thobeka Dlamini, Counsellor Political and Deputy Head of Mission.

The Ambassador were escorted to and from Áras an Uachtaráin by an Escort of Honour consisting of a motorcycle detachment drawn from the 2nd Cavalry Squadron, Cathal Brugha Barracks, Dublin, under the command of Lieutenant Cathal Daly.

A Guard of Honour was provided at Áras an Uachtaráin by the 3rd Infantry Battalion, Stephens Barracks, Kilkenny, under the command of Lieutenant Larry Scallan.