BA showcases how it’s £5b investment is benefitting customers 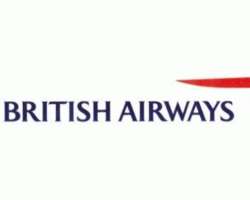 
British Airways recently brought together the best of Britain and South Africa at 30,000 feet over Johannesburg to showcase how its £5 billion investment is benefitting customers. Some 200 guests including top Springbok try scorer Bryan Habana, lock Flip, van der Merwe, Freshlyground singer, Zolani Mahola and a host of others were treated to two hours of non-stop entertainment and extravagance on board British Airways' new A380, the airline's largest and most modern aircraft. Guests enjoyed a very special Champagne high tea at take off  created specially by The Saxon and South Africa's top chef, David Higgs featuring a raspberry union jack macaroon and vanilla biscuit dress. The A380 became the longest runway in the sky for a fashion show of British Designer collections for the summer season presented by Harrods, the world's most famous luxury department store. Looks were shown from Stella McCartney, Jenny Packham, Alexander Mcqueen, Victoria Beckham, Mathew Williamson, Ralph & Russo and Temperley and teamed with Jimmy Choo shoes and jewellery by Astley Clarke, Monica Vinader, Shaun Leane + Lara Bohinc.

It then doubled as a 30,000 foot-high stage for a live performance by multi-award winning Afro-fusion band Freshlyground, who's lead singer Zolani opened the 2010 World Cup singing Waka Waka with Shikira. Freshlyground performed a unique rendition of Shake it and Flower Duet Lakme, British Airways' iconic theme tune. During the past fortnight the aircraft has visited three major cities in South Africa. Since 27 January it has been based at King Shaka International Airport for flight crew training. During this time winner s of the #Man vs Plane online challenge got to try and emulate Bryan Habana's 2013 race against the A380, which became a YouTube sensation. Then the superjumbo paid a fleeting visit to Cape Town for a world first fly past over Table Mountain,  before arriving in Johannesburg for the launch event. Modern, fuel-efficient aircraft are the mainstay of British Airways' five-year investment programme in products and the A380 is the third of 12, all of which will be in daily service by 2017. It has also ordered 24 Boeing 787 Dreamliners and is the first airline in Europe to operate both aircraft types. The aircraft will begin operating between London and Johannesburg on 12 February. This is only the third route to be confirmed after Los Angeles and Hong Kong. Initially it will operate three times a week, with the other 11 Boeing 747-400 weekly frequencies. The A380 service will increase to six weekly services by 6 March, resulting in a net capacity increase on the route.