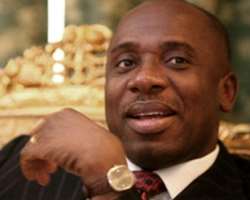 The Supreme Court has validated Governor Rotimi Amaechi’s electoral victory. The court on Friday awarded victory to the governor in a suit filed by his cousin, Mr. Omehia, seeking to dislodge him from the governorship seat of the state. Omehia had approached the Supreme court after he lost at the Appeal where he claimed that the governroship seat which Amaechi occupies is illegal. There were fears that the Presidency could influence judgement against the governor who has of late openly challenged the President Goodluck Jonathan over some differences.