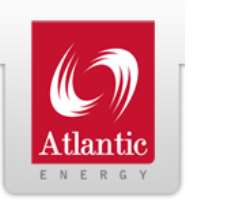 
Atlantic Energy Drilling Concepts Nigeria Limited (Atlantic Energy) has refuted some claims credited to the Governor of the Central Bank of Nigeria (CBN) Mallam SanusiLamido Sanusi, regarding the nature of the relationship between NPDC and Atlantic Energy.


According to a statent by the pil firm, it said that despite Atlantic Energy's past efforts to clarify, in the public domain, the nature of its relationship with NPDC the facts of this matter continue to be deliberately distorted by otherwise knowledge persons.


“In the interest of accuracy and for the benefit of the public it is necessary, even at the risk or repetition, to clarify as follows: In 2011, Shell Petroleum Development Company (Shell), Total E&P Nigeria Limited (Total) and Nigerian Agip Oil Company (Agip) divested their interests in OMLs 26, 30, 32 and 42 (the 'Diversted OMLs') to various Nigerian companies.


“Around the same time, the NNPC simultaneously exercised its rights under the joint operating agreements (JOAs) governing the Divested OMLs and assumed operatorship of the OMLs. The NNPC subsequently assigned its interests in the Divested OMLs as well as its new role of operator to its subsidiary NPDC.


“In May 2011, NPDC entered into a Strategic Alliance Agreement (SAA) with Atlantic Energy in relation to the Divested OMLs. Under the SAA, Atlantic Energy has undertaken to, among other things, provide NPDC with required technical capacity, assist NPDC in funding its share of the costs of petroleum operations through payment of its cash call obligations, and also provide technical training to NPDC's staff. In return for the foregoing, Atlantic Energy simply receives remuneration from the NPDC and does NOT have any ownership interest of any kind whatsoever in the Divested OMLs.


“For the avoidance of doubt, the SAA model is not uncommon in the oil and gas industry. Indeed, it has been successfully adopted in Malaysia, Chin and Iran as a tool by national oil companies like NNPC to meet cash obligations as well as to develop technical capacity”, it said.


According to the firm, nothing in the transaction between NPDC and Atlantic Energy involved the transfer or handover by the NNPC or the NPDC of any portion whatsoever of NPDC's 55% participatory interest in the Divested OMLs to Atlantic Energy.


“Atlantic Energy has made investments in hundreds of millions in the relevant OMLs including the payment of the entry fees prescribed by the SAAs.


“Among other significant investments and contributions, Atlantic Energy has in furtherance of the SAAs, invested in a number of key projects including the upgrade of the OML 34 area to a 360 million standard cubic feet of gas per day producing facility.  This all important plant is the single largest gas supply facility for the Escravos-Lagos pipeline system which distributes critical gas feedstock to power plants in South East Nigeria and to a number of countries in the West African region.


“The production optimization activities and infrastructure improvements initiated by NPDC and Atlantic Energy following the SAAs have arrested production declines in the underdeveloped fields comprised in the relevant OMLs, thus resulting in increased production year-to-year,” it said.


It said that on account of Atlantic Energy's contributions, NPDC has recorded significant step-change progress in understanding the subsurface reservoirs and surface facilities in the areas comprised in the relevant OMLs, thus resulting in a 200% increase in certified reserves and of 200 million barrels of crude oil in new field development plans.


“In return for the enormous obligations assumed by Atlantic Energy, the SAA explicitly confer on Atlantic Energy the entitlements to receive remuneration-in-kind from the NPDC.


“These are the facts of the matter and we trust that members of the public shall be guided accordingly,” it said.