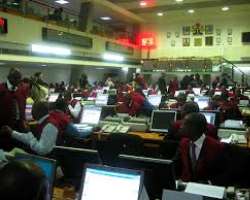 Again, the banking stocks largely contributed to the loss in the market.

All sector indices shed points, save for the NSEINS10 which returned 0.47%. Market breadth was neutral as 26 stocks traded in either direction.

Across markets in Africa, three (3) markets lost while four (4) markets gained. The top gainer was the Egyptian exchange which returned 1.13%, while the Zambian exchange was the top loser with a decline of 0.92%.