For two days, the 800 delegates, among which over 200 international investors, shared their expertise and experience
By Emerging Equatorial Guinea 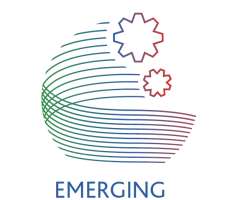 MALABO, Equatorial Guinea, February 5, 2014/African Press Organization (APO)/ -- Yesterday ended the International Symposium for Economic diversification in Equatorial Guinea (http://www.emergingeg.com), putting the country back on the agenda of international investment opportunities. For two days, the 800 delegates, among which over 200 international investors, shared their expertise and experience to shape policy and determine key factors for an attractive business climate together with the launch of significant and concrete, namely a US$ 1 Billion (eq. of 500 Billion FCFA) Co-Investment Fund (CIF) and the signature of investments for over 500 Million Euros.

The “Emerging Equatorial Guinea” Symposium gathered an international assembly of over 800 participants tripling the initial objective, which included business players and prescribers from all over the world. They got an inside look at one of Africa's most dynamic economies (1) in particular into 5 strategic sectors: Agriculture/Animal Ranching; Fisheries; Petrochemicals &Mining Tourism and Financial Services.

• Ozwald Boateng, Designer and Co-Founder, Made in Africa Foundation, UK,

“We are very pleased to showcase how Equatorial Guinea is at a turning point to building an Emerging Equatorial Guinea, via economic diversification and its industrialization plan, PEGI 2020. Our overall ambition is to ensure long-term sustainability at a level capable of generating enough jobs for our current and future generations through concrete and business friendly initiatives,” concluded Marcelino Owono Edu, Equatorial Guinea's Minister of Finance and Budgets.

Over the 2 days of the meeting, the participants addressed many issues with very concrete discussions on how to develop a business welcoming environment including governance, transparency, rule of law, acknowledging the government and the President's visible commitment to receive and incorporate their input and move forward with a very ambitious plan.

As a result of the discussions, investments contracts were signed for a total amount of 500 Million Euros and agreements for above 1 Billion Euros investments in the fishery, agricultural, energy, mines and tourisms sectors.

In addition, several initiatives will be implemented following the Symposium:

- The creation of a “one-stop shop” where potential investors will get all the necessary input to start a business in the country, from the information about investment law to the construction permit

- The launch of a Co-Investment Fund (CIF) of 500 Billion CFA francs (eq. of US$ 1 Billion), which represents almost 1/4 of the country's yearly capital expenditure to fuel the state's overall strategy to diversify the economy beyond oil and gas, on which its recent growth has been relying upon (2), for a more balanced economic system.

All of this would not have been possible without a sound macroeconomic policy framework. This subject was also addressed ahead of the Symposium, in a Policy Dialogue meeting on January 31st, held with the Equatoguinean government, experts from the World Bank and the International Monetary Fund.

UNDER THE HIGH AUTHORITY OF H.E. PRESIDENT OBIANG NGUEMA MBASOGO OF THE REPUBLIC OF EQUATORIAL GUINEA

(1) Over the last decade, Equatorial Guinea has gone from being one of the poorest countries in Africa to having the highest GDP per capita income across the entire continent.

(2) Hydrocarbons, Mining and Quarrying represent over 75% of the total country GDP in 2012 -

For any information or interview request, please contact the event press office:

About the EEG forum

Located in Malabo, February 3-4 2014, the forum convenes representatives of business and investment groups from the national, regional and international communities. This aims at offering the most valuable opportunity for international investors to learn about Equatorial Guinea's potential and strategize directly with government officials.