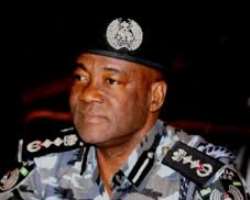 
About 160,000 policemen are being trained to ensure hitch-free gubernatorial elections in Ekiti and Osun states this year and the subsequent 2015 general elections, the Inspector-General of Police, Mohammed Abubakar, has said.

He said this when the United States Ambassador, Mr. James Entwistle, paid him a courtesy visit at the Force headquarters Abuja, on Tuesday.

The police boss said  the men and women were being trained in different police training institutions across the country in preparation for the elections.

On his part, Entwistle promised increased collaboration with the Nigeria Police Force in the area of capacity building and other security related matters. He said the US government was committed to the growth and success of Nigeria's democracy and economy.