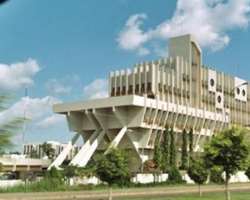 The authorities of the Defence Headquarters, Abuja, have clarified a statement by the Chief of Defence Staff, Air Marshal Alex Badeh, that the military and security operatives would bring the Boko Haram insurgency to an end before April 2014.

The Director of Defence Information, Maj. Gen Chris Olukolade, said in an electronic mail on Tuesday that the comment was meant as a charge to the new service chiefs to tackle the threat of insurgency effectively.

He said that the charge by the CDS should not be interpreted to mean that he was bragging and trying to create a false sense of hope.

Olukolade stressed that it was not possible for terrorism to be brought to an end just by mere directive.

The CDS according to Olukolade, was aware of the complex nature of terrorism, but expresses optimistism that the it could be brought under control with the vigour and readiness of the new service chiefs.

He said that the clarification became necessary in view of the reactions to the comment.

'The remarks made by the Chief of Defence Staff, Air Marshal AS Badeh, during the handing and taking over ceremony between him and the immediate past CDS on the need to end terrorism by April this year, has expectedly generated a lot of comments, interpretation and reaction especially from the media. This has necessitated a clarification in the interest of the general public and for record purposes…

'The Defence Headquarters is concerned about the implications of the varying interpretations and insinuations given to the remarks of the CDS which was essentially directed to the new Service Chiefs.

'For the avoidance of doubt, the declaration was more of a charge to the new Service Chiefs to brace up to the expediency of sufficiently defeating terrorism and restore normalcy in all parts of the country to avert extension after April.

'The CDS statement should not be mistaken for a false sense of hope or mere grandstanding as have been imputed by some individuals. Ending terrorism anywhere has never been and cannot be precisely determined by a directive.

'The remarks by the CDS was meant to motivate commanders and troops to work harder towards restoration of normalcy as envisaged in the states under Emergency rule. Unfortunately, the charge has been taken too literally to mean definite promise to end terrorism by April.' He said

Badeh, while taking over as the new Chief of Defence Staff from his predecessor, Admiral Ola Ibrahim at the Defence Headquarters, Abuja, on January 20, 2014, had said that the Boko Haram insurgency must be brought to an end before April.

'The security situation in the North-East must be brought to a complete stop before April 2014.

'We must bring it to a stop before April so that we will not have constitutional problems on our hands.

'We don't want to go back to the Senate to start begging and lobbying. If we do our work cohesively, I can tell you General Minimah, you will finish your work in no time.

'I can assure you (Minimah) that the Chief of Naval Staff and the Chief of Air Staff will give you all the support you need. I can say confidently that this war is already won,' he said.

Olukolade said that trans border dimension to terrorism made it difficult for security operatives engrossed in the fight against the insurgents to make a definite promise on the issue.

He said that the Federal Government was making efforts to secure better cooperation from the neighbouring countries being used as bases by the insurgents to attack Nigerian communities.