Quagmire Sets On The Pdp In Anambra 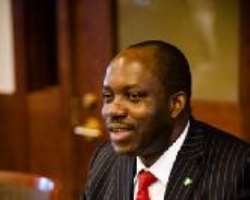 Having successfully scaled over the humps of congresses and primaries, and that which followed the Soludo nomination, the People Democratic Party [PDP] took “the sigh”. And as the PDP readied for the battle waiting against Dr. Chris Ngige, Gov. Peter Obi, Hon. Uche Ekwunife, and Chief Okey Nwosu amongst others, another sleeper activated - a sleeper of a quagmire. This is as Ukpakareports.com has gathered firsthand information on ongoing meetings/ talks among the PDP grandmasters over resolving the eventualities of an “Andy Uba victory” in the Appeals Court in Enugu. Sources within PDP hierarchy note that the victory odds appear surprisingly not as angry at Andy Uba's chances.

Yesterday [October 21, 2009], the Appeals Courts sat in Enugu to hear the Andy Uba prayer served to the Court where he pleaded the Court's interpretation on the earlier ruling stating he won the Anambra gubernatorial election of/in 2007. Specifically, he pleaded on the legality of its implications. In return, the Judge stroke out the motions raised by parties [Anambra gubernatorial candidates] who had wanted to join as parties in the case, and it also saw the Courts adjourn “sine die”. The date of ruling will be communicated to involved/concerned lawyers in due time.

And it appears from all indications. The quagmire idles bare on the desks of the PDP in light of recent court rulings showing signs of possible grim. The Supreme Court's dismissal [in September 2009] of the prayer sought by Hon. Nicholas Ukachukwu [an aspirant], for the Court to halt the Appeal Court from hearing the Andy Uba “governor-in-waiting” case, cited electoral matters as not being one covered within its jurisdiction while pointing to the Appeals Court as terminal Court on electoral matters. It then referred Ukachukwu to the Appeals Court in Enugu - that had earlier ruled Andy Uba the winner of 2007 Anambra gubernatorial elections. The implication become that the 2007 gubernatorial election was not cancelled by the Supreme Courts in Supreme Court's ruling on Gov. Peter Obi's tenure. And so, PDP finds itself grappling with the odds of Andy Uba's reemergence against that of Chris Uba's political fires on the legitimacy of Soludo's candidacy.

And in this grim realization, the PDP has initiated courting process aimed at reaching out to the Andy Uba faction. In this effort, the conveners of the Anambra PDP reconciliation committee added five [5] more names to the members of the committee - with all five names being members of the Andy Uba faction - the Chairman, Barrister Bright Nnebedum with four other names. Other behind the scene moves by the PDP is believed ongoing.

Meanwhile, Obasanjo's renewed energy over the Appeals Court matter has become striking. To the extent, he has become personally involved in lawyer/client sessions between Andy Uba and his lawyer. And observers believe he has pulled all available skills of political mastery to ensure victory at the Appeals Court. As Ukpakareports.com learnt, Obasanjo recommendation for the recent change in legal Counsel was based on the chemistry and history he personally enjoys with the incoming law firm.