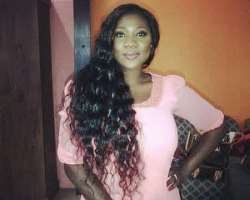 Mercy Johnson is one of the most gifted actors in Nigeria. Some people have continued to marvel at the way she interprets her movie roles judiciously to the extent of totally 'putting on the whole armour' of the character she is asked to play in her films.

This does not mean that there are no other actors who perfectly play their respective movie characters, but Mercy Johnson has successfully carved a niche for herself.

Among the female folks in the 'scandalous' film industry in Nigeria, Mercy Johnson has managed to survive the industry with few controversies, especially in the 'sex scandal' category.

With the high status the Kogi State-born screen diva has attained over the period of time, some would have expected her to be messing around like some other colleagues, who jump from one man to other all in the quest to ride the costliest cars in the world, or live in Lekki, or lodge in a cheap Dubai hotel, but visit the most expensive hotel in the oil rich city and claim they were lodged there.

But for Mercy Johnson, she has consistently lived a low-key life with her hardworking Edo State-born handsome oil and gas big boy, Prince Odi Okojie.

Some have even criticised her for living a low-key life as a star but she has remained unperturbed.

Though her wedding to Odi in 2011 created bitter controversies, which categorised her under the group 'alleged' husband snatchers, apart from that, not much of her sex scandal story (ies) has (have) hit the news headlines. This has kept many wondering if Mercy Johnson is really one of the most responsible Nollywood actresses.