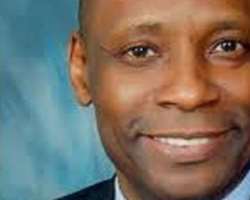 
The Asset Management Corporation of Nigeria has made a U-turn over its proposal to sell three rescued banks this year, saying it is not realistic to conclude all the deals in 2014.

AMCON, created in 2010 shortly after the banking crisis to manage the toxic assets in banks, had last year said it would sell the three rescued banks on or before the third quarter of this year.

The organisation also said it was now the second largest shareholder in Union Bank of Nigeria Plc, coming behind a group of unnamed private investors.

The Managing Director, AMCON, Mr. Mustapha Chike-Obi, said in an exclusive interview with our correspondent in Lagos on Friday that although the corporation had set a guideline to sell the three banks this year, the plans might no longer be realisable, arguing that it would not sacrifice speed for transparency and fairness.

The corporation is already in the process of selling Enterprise Bank, having last year appointed financial advisers to oversee the transaction.

Chike-Obi said, 'Right now, our best guess for the completion of the Enterprise Bank deal is sometime in the second quarter of this year. When we complete with Enterprise Bank, we will sit back and see what we have learnt from the process. We will then begin the process of divesting from Mainstreet Bank; and Keystone Bank will be the last.

'There has never been a deadline for divesting from the banks. There has always been a guideline. So, the 2014 guideline remains, but it is beginning to look, for all the three, increasingly unrealistic.'

The AMCON boss explained that the delay in selling the banks was occasioned by the need to ensure that the process was thorough and transparent enough.

He said, 'It is important to emphasise again that we are much more interested in making sure the process is proper, transparent and everybody has a chance than in speed. The same people that are complaining now will complain if we had done it very quickly; it would have then become somebody handed the banks to their friends or families or their relatives.

'We are going to go through every step properly to make sure that this is a very transparent and fair process. And we are quite prepared to sacrifice time to ensure that, than to hurry up and create issues that will linger for years.'

The CBN had in 2011 revoked the operating licences of Afribank, Spring Bank and Bank PHB for not showing enough capacity and ability for recapitalisation.

In their place, the CBN through the Nigerian Deposit Insurance Corporation established bridge banks and transferred the assets and liabilities of the three affected banks to them.

A bridge bank is a temporary institution organised by the regulators to administer the deposits and liabilities of a failed bank.