I NEVER cheated on my ex hubby. It’s not who I am, it will never be who I am.-9ice ex-wife Toni Payne Speaks Out 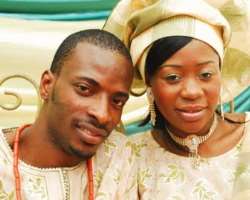 The PR Exec and former reality TV Toni Payne and Nigeria pop singer 9ice, got marriage in January 2010, and they had a son together, but things fall apart form each others that lead to them to break their vows and rumours went viral saying 9ice caught her cheating with one of his closest friends, mouths have been sealed about this for long but now Toni Payne has finally come out to defend herself from the allegation against her for so many years.

"I don dey talk long but to the initial point i wish to address, to those who still believe I cheated on my ex. I am sorry to disappoint you, I NEVER cheated on my ex hubby. It's not who I am, it will never be who I am. Tell yourself 1 million times, Toni Payne cheated, it will never make it true. Nobody caught me in any lie, or in any bad situation, nobody slept with anyone he was close to. Yall need to put a full stop to that bullshit. Its old!. Sometimes, men want their freedom, and the fact is you cant force them to stay. Same goes for women.

I'll admit that we both did not handle the situation well back then, It was the first time we would experience such. The tension was plenty and emotions were everywhere. We should have sorted it privately. which we did try to do but one rubbish headline and emotions go buckwild again. I don't wanna sounding like I am defending him, cos he is responsible for himself, but in all fairness to him, and because I have a conscience that serves me well, not for once did he tweet, fb, email, interview anything of the sort. Our issues had absolutely nothing to do with what the media were speculating. People took a song he did and turned it upside down.

My crew MIXED AND MASTERED the song. If it was about me, why would I allow him release it. God gave all of us sense naa.. Some just chose not to use theirs and chose to believe anything they read even when the facts are there to sort through. The only thing I have blamed him for, was not coming out on time to refute the claims and allowing it to escalate to that level, he has since apologised SEVERALLY, we have discussed it privately as we should have from the jump. I have accepted and moved on. I have also apologized for losing my cool on twitter, he has since accepted and moved on. Really, what more is there. I am not sure what people want from me. Should I hate him forever? Should I tie him to a post and flog him mercilessly? Should I be a wicked person and deprive him of his son? If I remain bitter and upset, please what value will it add to my life? Wo, my life is much more simpler than all this. Those who know me well, know this.

Those that dont understand me are the ones who will be forever outside looking in, speculating crap. I am truly tired of this topic but since it seems to keep popping up, i felt it is best to finally address it properly. If anyone decides to hang on to the lie after this, that is their own cup of tea. I have a talk show to record, poetry to write and a child to raise. I don talk my own. FIN!.. If you catch any typos or errors.. take it like that. I wrote it as is…straight from the heart.. I know most who carried the headline have no conscience and wont bother appending but if anyone choses to take my post and misconstrue that one too, I leave you to God.. no be chere kambia..Se Fini"

My wife's become too skinny for my liking

SERIEL WOMANIZER, SANUSI LAMIDO RAMS THROUGH ANYTHING IN SKIRTS…Read Full Details Of His S3xcapades And Extra Marital Affairs