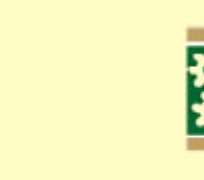 
The Bank of Industry said it had disbursed the sum of N229.18bn under the Restructuring and Refinancing Fund scheme.

The amount, according to the bank, was allocated to 23 commercial banks and one Development Finance Institution that participated in the RRF scheme.

The Chairman, Shareholders committee of the bank, Mr Mohammed Dikwa gave the figure on Friday in Abuja during the 53rd Annual General Meeting of the bank.

According to him, the number of beneficiaries from the scheme also increased from 498 to 534 during the same period.

He noted that the bank, through the scheme, had enhanced the liquidity of participating banks significantly.

Dikwa stated that the RRF covered 12 broad sectors with chemicals and plastic sectors having the highest exposure of 30.42 per cent, while transportation had the least of 0.46 per cent.

He said the scheme had enabled the bank to increase the number of direct employment by 23 per cent from an average of 62,097 before intervention to 76,581 after intervention.