IMF Executive Board Completes First and Second Reviews Under the Stand-By Arrangement for Tunisia and Approves US$ 506.7 Million Disbursement 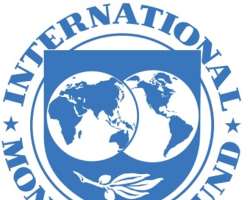 IMF Executive Board Completes First and Second Reviews Under the Stand-By Arrangement for Tunisia and Approves US$ 506.7 Million Disbursement
Listen to article

TUNIS, Tunisia, January 31, 2014/African Press Organization (APO)/ -- On January 29, 2014, the Executive Board of the International Monetary Fund (IMF) completed the first and second reviews of Tunisia's economic performance under a two-year program supported by a Stand-By Arrangement (SBA). The completion of the review enables an immediate disbursement of SDR 329.1 million (about US$ 506.7 million), bringing total disbursements to SDR 427.9 million (about US$ 658.8 million).

In completing the first and second reviews, the Executive Board approved the authorities' request for waivers of non-observance on Net International Reserves (NIR) and Net Domestic Assets (NDA) performance criteria based on corrective actions taken. A waiver of applicability was granted for the end-December primary fiscal target as final data is not yet available.

“Tunisia is going through a protracted political transition and is facing a challenging domestic and regional environment. Nonetheless, the economy has continued to grow, albeit at a moderate pace, inflationary pressures are contained, and the external position has stabilized. The recent approval of a new constitution and the appointment of a new government to oversee the upcoming elections are important steps forward.

“Performance under the Fund-supported program has been mixed. Lower external financing weighed on reserve targets and high liquidity needs led to a monetary target being missed. The end-December primary deficit was lower than programmed, mostly because of under execution of the budget and deferred cash payments. Structural reforms have been progressing, but at a slow pace.

“Fiscal consolidation for 2014 has been postponed to allow space for pro-growth spending, but remains essential to reduce vulnerabilities. The increase in electricity tariffs, together with measures to protect poor households, is welcome. Further reduction in energy subsidies and strict control of the wage bill would improve the fiscal position and strengthen budget composition. Revenue and public financial management reforms will also help in that regard. More efforts should be made to avoid under-spending on public investment and social programs, which are important to promote growth.

“Monetary policy could be tightened further should the inflation outlook and pressures on the exchange rate worsen. The policy transmission mechanism will be enhanced by removing caps on bank lending rates. Greater exchange rate flexibility is also important to strengthen reserve buffers.

“Accelerated implementation of structural reforms is needed to reduce unemployment. Putting in place a well-targeted social safety net as fuel subsidies are phased out would protect the most vulnerable segments of the population and reduce inequality.”