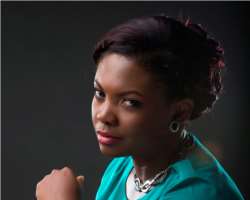 Onikola, the debut production effort of entertainment entrepreneur and actress, Funmi Fiberesima will hit the DVD market come February. This is several years after the initial date of production.

'We had planned to release Onikola earlier but had to shelve the idea so that we can have enough time to work on it and make it a better movie. What we have now is a final product we are proud to put our name on'.

The movie which revolves around the harmful side effect of female circumcision has top industry superstars including the delectable Funmi Fiberesima, late Fatai Rolling Dollar, Dejumo Lewis, Ara, Sunday Afolabi, Ronke Oshodi Oke, Ibrahim Chatta and a host of other emerging acts.

Shedding more light on the movie, Funmi, who aspires to be the Nigerian Tyler Perry said

“Onikola is a movie that will intrigue the minds of movie bluffs. Releasing it this February coincides with The World Circumcision Day which is on Feb., 6 and as we know, the movie portrays the ill effect of female genital mutilation and its eradication. This movie will be another plus for Nollywood, especially now that the nation is preaching the gospel of “Child not Bride”.

Onikola will be marking International Day of Zero Tolerance for Female Genital Mutilation February 6 with special screening to further create awareness on the evil of genital mutilation. The DVD of Onikola will the be released later to reach wider audience.

Onikola, shot in Iseyin, Oyo State weaves a blend of iconic and traditional scenes with compelling story of love without losing sight of the issue. The movie was directed by Dotun Taylor and written by Gbenga Adesanya, Steve Anu Adesemoye and Abosede Oshin.

The movie which was shot with the best technical equipment “will provoke the minds of Africans to think about the evil of female circumcision.” She further explains.

Fans and movie bluffs should be ready for the thrill of their lives as the Nigerian movie industry will be agog with the coming of Onikola, this Valentine season.