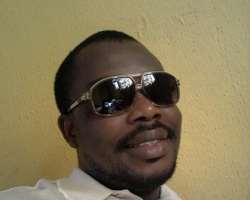 Apart from the immediate family setting, the school is the next most important agent of socialisaton. But with eroding family values as a result of 'errant and absent' parents, the school is fast becoming an indispensable character molder of children. The next in line after the school is the religious bodies where children go for spiritual upbringing, but due to the fact that children spend so much time in school than any other place, the school can be argued to be most the important socialising agent in a fast moving society. The early knowledge they get in the school prepares them to being what they become in the society. Research has shown that kids tend to believe their teachers even more than their biological parents. Thus, the influence of teachers in molding the school kids into adulthood cannot be glossed over.

There are many arguments that the school environment, with the attendant knowledge has placed more emphasis on human and individual rights to the detriment of even the age long societal mores and norms. Where the society wants to put down its feet on the ground to enforce its unwritten behavioral code, the products of these institutions repudiate such moves. This explains why even with higher degrees and varying certificates, many of the recipients of these certificates lack the wherewithal to cohabit in a traditional society. They do not apply the matrix that outside the home there are rules and regulations. They behave the way they feel they like. The ill-manners of many schooled persons call for concern.

Martin Luther King Jr., who was a Baptist minister and social activist that led the Civil Rights Movement in the United States from the mid-1950s until his assassination in 1968, saw the behaviours of some persons and warned that intelligence plus character is the goal of true education. He de-emphasized on the acquisition of multiple university degrees, saying that the direct benefit of acquiring higher education is also the acquisition of expensive and expansive houses laced with costly cars, which according to him does not improve the course of the society. It is obvious that the indoctrinations that are gotten from school affect many negatively.

Many did not know that the day they entered school, the process of total indoctrination had started. Doris Lessing in “The Golden Notebook” warns that humanity has not yet evolved a system of education that is not a system of indoctrination. “We are sorry, but it is the best we can do. What you are being taught here is an amalgam of current prejudice and the choices of this particular culture. The slightest look at history will show how impermanent these must be.”

Lessing continues that “you are being taught by people who have been able to accommodate themselves to a regime of thought laid down by their predecessors. It is a self-perpetuating system. Those of you who are more robust and individual than others will be encouraged to leave and find ways of educating yourself — educating your own judgments. Those that stay must remember, always, and all the time, that they are being molded and patterned to fit into the narrow and particular needs of this particular society.”

It is very sad that in the school, we are rarely taught to understand virtues and values, but physics, mathematics, English Language, religious studies, chemistry and so on. These are the main influences that control our lives and not, virtues and values, which many people in the modern times see as belonging to the primordial. They speak especially the English Language very well without character to show for their fluency.

It is imperative to state that the schools in this country do not mold people to understanding their moral identity, character formation, and letting people understand who they are; instead they are taught to believe in what they are. Theodore Roosevelt who was the 26th President of the United States once said that to educate a person in the mind but not in morals is to educate a menace to society.

Martha Graham, also, an American, was a modern dancer and choreographer whose influence on dance has been compared with the influence Picasso had on the modern visual arts, was quoted as saying, “I believe that we learn by practice. Whether it means to learn to dance by practicing dancing or to learn to live by practicing living, the principles are the same. In each, it is the performance of a dedicated precise set of acts, physical or intellectual, from which comes shape of achievement, a sense of one's being, and a satisfaction of spirit. One becomes, in some area, an athlete of God. Practice means to perform, over and over again in the face of all obstacles, some act of vision, of faith, of desire. Practice is a means of inviting the perfection desired.”

While school is supposed to invite the perfection desired in tandem with the virtues and morals of the society, it seems to be doing the contrary. It only functions as a facilitator of people into logics and not how people deal with the nuisance school aid them to create in the society. Ray Bradbury who was an American fantasy and horror author reportedly rejected being categorised as a science fiction author admonished: “I don't believe in colleges and universities. I believe in libraries...”

Many graduates from different schools do not read as if they want to live forever, hence they do not develop fully as individuals with good character and high moral standard. Against this backdrop, it is left for the authorities to check if they would integrate character education and ethics into the country's curriculum. The character to use the libraries sounds to many Nigerians as a tale from the moonlight. They prefer going to school and not, using the libraries for extensive knowledge acquisition. How people imbibe global perspectives threatens the perseverance of character education.

Mahatma Gandhi, considered as the father of the Indian independence movement saw the need for character education and he warns that “Seven Deadly Sins" are Wealth without work, Pleasure without conscience, Science without humanity, Knowledge without character, Politics without principle, Commerce without morality, Worship without sacrifice. However, many people of higher learning today do not have character outside what they were taught in school. This is why Abigail Van Buren warns that the best index to a person's character is how he treats people who can't do him any good, and how he treats people who can't fight back.

Helen Keller an American author and political activist tells us that character cannot be developed in ease and quiet. Only through experience of trial and suffering can the soul be strengthened, vision cleared, ambition inspired, and success achieved. We must accept and practice character, empowerment, love, pleasing, self-discovery, self-esteem, self-respect, truthfulness and wisdom.

We must stop struggling with the sensation of being schooled whereas we are sipping through the cracks of disorderliness; it worth the onus to change for profound characters and drop the shoddy ones. We should know that being schooled is different from values and, that character is commencement of facts and values. We should not eschew the fact that values are the foundations for character.

If the school cannot teach us first the values before teaching us Mathematics and English Language in the context of molding us, then the society is served menace to preserve. We must discover our own ignorance, which should be first the progressive idea of going to school, while we aim for success and move forward with our lives. One Epictetus says that school may have been – or still be – boring, a killer of creativity or downright awful for you. But education is still important because it opens the mind and expands it. And if your years in school were bad or boring you can still educate yourself now... It is impossible for a man to learn what he thinks he already knows. Like Martin Luther King Jr. would say, “I have a dream that my four little children will one day live in a nation where they will not be judged by the color of their skin but by the content of their character.”