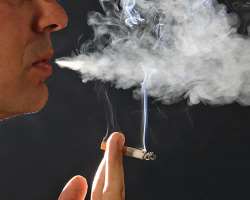 Lagos, Nigeria; January, 2014: The recent passage into Law of the Lagos State Public Place Smoking Bill has drawn commendation from British American Tobacco Nigeria and sundry stakeholders who described the Law as balanced.

They praised the new Law for accommodating the views of all stakeholders whilst also maintaining its responsibility to protect the citizens of Lagos State from the effects of second hand smoking.

The Public Place Smoking Law which was passed by the Lagos State House Assembly on Monday the 20th of January 2014, has been sent to the Lagos State Governor, Babatunde Raji Fashola for assent.

Addressing the new Law, the Head of Regulatory Affairs of British American Tobacco, Mr. Sola Dosunmu, welcomed the passage of this Law which he says expressly seeks to protect the non-smoking public from tobacco smoke and also guarantees the adult cigarette smokers' right to continue to enjoy the smoking of a legal product in private places, open places and in other designated smoking areas in Hotels, Bars, Nightclubs and tertiary institutions.

Speaking further he said, we have studied the Law and we particularly like the fact that it is not excessive or discriminatory. It is balanced and respects choices. He also praised the Lagos State House of Assembly for taking on board the views of the owners of Hotels, Bar, Lounges and Café owners who advocated for the inclusion of designated smoking areas in the Law. Also commendable was the introduction of 6 months grace period for these owners to implement any changes envisaged under the new Law as to do otherwise would have crippled their businesses even though he was of the view that a 12 months grace period was more realistic and in tune with international standards.

The Law stipulates the penalties for smoking in a “no-smoking area” at N10, 000 fine or imprisonment for a term not less than one month and not exceeding three months or both.

Bill. The Law also stipulates the penalty for non-compliance by owner/occupier of a “no-smoking area” at N100, 000 or 6 month imprisonment or other non-custodial punishments that the judge may deem fit.

The Law allows for owners of Hotels, Bars, Night club and Tertiary institutions to demarcate at least 10% of their premises as a Smoking Area for their adult customers who chose to smoke.

The Law allows for Smoking in open places such as on the street, roads and highways as well as in private homes and residences.