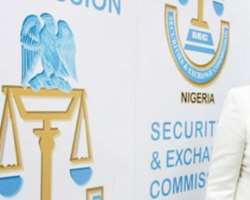 
The Federal Government is considering to sell its ownership of the Abuja Securities and Commodities Exchange by the middle of the year, after missing an initial deadline, in a plan to revive trading.

The Director General of the Securities and Exchange Commission (SEC), Arunma Oteh told Bloomberg that 'the government wants to privatise the only commodity exchange and it had committed to doing it by the end of last year,'

She added: 'It didn't meet that deadline, but it's planning to do something by the middle of 2014.'

Companies including Nigeria's Heirs Holdings Limited, a Lagos-based investor with interests across Africa in banking, energy, real estate and agriculture, plan to acquire or set up a commodities exchange in the country.

Nigeria had Africa's third-biggest cocoa harvest last year and produces crops such as cotton and sugar. The Abuja bourse was converted from a stock exchange to a commodities market in 2001, according to its website, and it has information on crops traded dated January 2008.

The Chairman, Heirs Holdings, Mr. Tony Elumelu, had said he wants to acquire the state-owned Abuja-based exchange when it is sold. If it's unable to buy the exchange, Heirs Holdings would apply to the SEC to set one up, he had added.

The company, through its African Exchange Holdings Limited unit, has stakes in Kigali, Rwanda-based and Lagos-based National Association of Securities Dealers trading platform. In collaboration with the Nigerian Grain Reserve Agency and the Agriculture Ministry, Heirs Holdings in November established an electronic warehousing system linking farmers and traders as part of the groundwork to set up a commodities exchange.

'We have a number of both domestic players and international players who are very interested,' Oteh said.

'They'd rather acquire the privatised exchange, so they're trying to see how far the government is going with this initiative and if not they're prepared to seek a registration for a new commodity exchange,” she added. - Thisday.