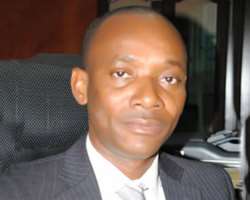 
The Nigerian Electricity Regulatory Commission (NERC) yesterday said the local content law for the electricity sector will take off next month.

A statement from NERC quoted the Chairman of the Commission, Dr. Sam Amadi, as disclosing this yesterday during a presentation at a forum in London.

Amadi said: 'We have a local content regulation that by February should become law. We don't want what happened in the oil and gas sector, where after 50 years Nigeria is still importing technology.

We have come up with a local content regulation that provides a framework for every company to begin to localise both technology and services.'

He added: 'For example, a meter provider should, within the next five years, set up a factory in Nigeria. This is to ensure that the spill-off from electricity reform goes to enhance the economy of the nation'.

Amadi pointed out that the power sector local content law in this early stage of the transition, was intended to avoid the mistakes made in the oil and gas sector, which is still dominated by expatriates 50 years after.

Amadi also told the gathering that power supply is expected to hit 7,000mw by the end of this year as increased capacities are expected from the National Integrated Power Projects (NIPPs) coming on stream, while generation benchmark is set at 20,000mw by 2017.

He, however, noted that early passage of the Petroleum Industry Bill (PIB) was critical to achieving the set targets. He disclosed that the 7,000mw target set for 2013 could not be realised because of inadequate supply of gas to power, which the PIB can help reverse.

He noted: 'PIB is critical to move forward on gas to power, the law should be passed as soon as possible. Although the debate over it is huge, we want the matter to be resolved in a way that makes gas to power commercially viable and bankable. At the end of 2013, we had expected to hit 7000mw and that would have been possible if there were enough gas to fire the plants and the NIPPS come on board.

'The PIB is critical to us because the constraint of the sector now is gas to power and except you have a very intelligible, practical and commercial framework over gas in Nigeria you might not have sustainable solution to the crisis,' Amadi said.

On the need to diversify power sources, the NERC boss told the roundtable that the Ministry of Power has just finished a national power policy on renewables, which articulates a framework of gradually increasing the portfolio of renewable energy. The policy, he said, would be finalised and approved shortly.

He, however, explained that at this stage where the country is still trying to build a strong load base, gas remains the best options. He said although the Multi-Year Tariff Order (MYTO) modeled 10 per cent of grid power to be based on renewable, there is presently no renewable power on the grid.